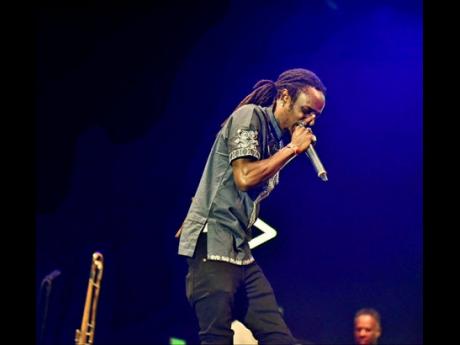 Kenyon Hemans
Nation Boss told The Sunday Gleaner that he was in ‘the pain zone’ as he marks the one-year anniversary of his cousin’s murder. 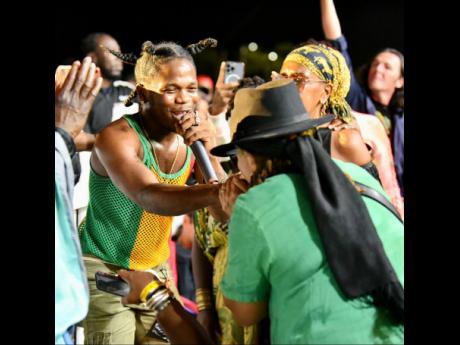 Kenyon Hemans
Jahshii made his way into the audience as he performed songs such as ‘Born Fighter’. 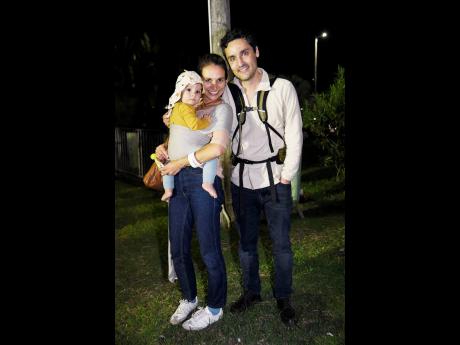 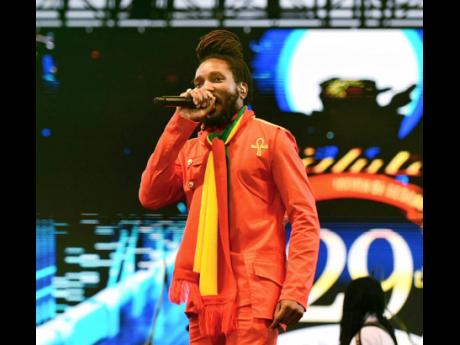 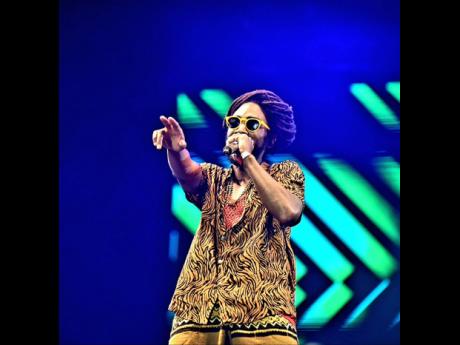 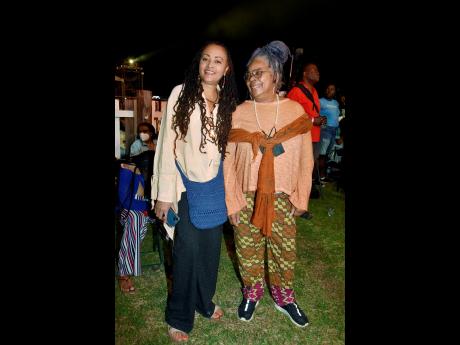 Nicholas Nunes
Glued to the front of the stage on Rebel Salute Night 1 were producer and promoter Andrea Bullens (left) and Maxine Walters.
1
2
3
4
5
6

Pain and mourning did not stop reggae-dancehall artistes from hitting the stage or giving their very best during the first night of roots reggae event Rebel Salute. Even the most experienced entertainers find themselves overcome with emotions from time to the time and often on public platforms, said Nation Boss in an interview with The Sunday Gleaner.

The Humans singer-songwriter said, “The feeling is overwhelming; all I am experiencing and to see the response from the crowd, was surprising.”

An introvert by nature, Nation Boss stepped out of his sanctuary and revealed that he was in “the pain zone”, having had an emotionally challenging past year but that it has fuelled his career up to the time of his performance.

“It was definitely a rough year and I lost close relatives and this was the reason I have been releasing a lot of painful songs, I am still stuck in that zone. Tonight marks the one-year anniversary since my cousin was murdered. I sing about her in Type of Pain. However, the end of every dark night, there is morning light and pain is what is just fuelling what I produce right now,” Nation Boss said.

Naki Wailer, son of the late, great reggae icon Bunny Wailer, while still grieving the loss of his father since 2021, said that he has translated the emotions into creative expression. “I was channelling my father – all my ancestors from him, who is from a lineage to Marcus Garvey and Haile Selassie, and also Nanny and Miss Lou because in all of this, I still remember I come from my mother’s womb and so, we cannot leave the females out. I have learnt a lot from the life of my ancestors and elders and always try to replicate their energy,” he said.

At the end of last year, the singer and songwriter who previously performed under the name Asadenaki, the name given to him at birth, has been working to connect the dots within the reggae-dancehall community.

“I did it (changed my name) so people could find my music easier and it has been tricky, but I believe they will remember and associate with the songs I have done, the name Naki. I am still working on my craft but from the feedback at Rebel Salute, I know the growth is being recognised and it was all about impressing and reaching the people more,” Naki shared.

Other performers such as Grammy nominee Kabaka Pyramid and Ramesh, son of Nice Up The Dance deejay Papa Michigan, paid tribute to Joseph ‘Jo Mersa’ Marley, who passed away on December 27, and expressed condolences to the Marley family.

Meanwhile, dancehall sensation Jahshii concentrated on the violence happening in the inner-city communities and the impact on youths such as himself by dissecting lyrics of songs like Born Fighter and 25/8.

He said that a lot of his friends have fallen victim to a life of crime and violence and others are serving time behind bars.

“Me nuh perfect, but ah morning time when me get up and look inna the mirror, me just say put Jahshii aside and yuh see the youth weh name Mluleki Clarke (the artiste’s real name), me just say, ‘some mistake make but mi nuh repeat dem, strongest soldier get the fight a never di weak fence’, he continued, while simultaneously injecting Life Lessons, to emphasise the need for youths to be strong-willed and to believe in themselves even when it appears that no one else does.

Veteran reggae-dancehall entertainers including Dennis Walks, Pluto Shervington, Ernie Smith, Rodney Pryce, more commonly known as Bounty Killer, succeeded in getting persons to rise to their feet and join them in nostalgic walk down memory lane. Artistes such as Moses Davis, Luciano, Sanchez, George Nooks and Capleton were expected to do the same on Night 2. Ghanaian Afropop, dancehall and reggae star Stonebwoy was also eagerly expected to hit the Rebel Salute stage.