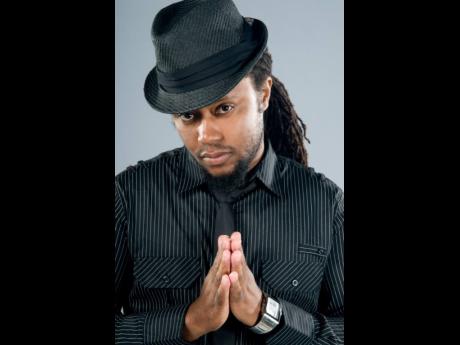 Contributed
As Duane Stephenson’s ‘August Town’ hits the 37 million views mark on YouTube, he is speaking of the community that inspired the single and the changes he hopes to see.

When reggae singer Duane Stephenson wrote and recorded the track August Town, he had no idea the song would go on to be a hit. He also could not predict that several years after its initial release, the song would still resonate with people. In fact, the track’s popularity has been so strong that to date it has generated more than 37 million views on YouTube, a feat not easily accomplished by Jamaican artistes. In an interview with The Gleaner, Stephenson explained it’s the track’s authenticity, its lyrical ‘realness’ that has made it a staple in the reggae sphere.

“I wasn’t 100 per cent sure the song would hit when I first wrote it. I just wrote about what was happening in terms of life and what I saw happening in August Town. I spoke about the things that people lived through and that truth just carried,” Stephenson said.

RELATE TO THE LYRICS

The entertainer said the ability to relate to the lyrics is one of the reasons for the song’s success. “In music, the truth has a way of going the distance, so much so that it becomes history. August Town is a song with issues that people can attest to. And not just August Town but other communities in Jamaica struggling with crime and violence. That’s why the song carried so much. People could relate to what the song was saying. They can listen to the song, sit and reminisce on living in the community before crime and violence got so prevalent,” he said.

Noting that the recent spate of criminal activities in August Town left him disappointed, Stephenson said that contrary to the picture often painted of the community, August Town is one filled with love, good people and limitless potential. “To me, it (the crime situation) is more unfortunate than anything else. August Town is a nice place with good people and sometimes the few bad seeds make people forget that. But, the people here have so much potential and the hurt and pressure people outside the community are feeling because of the unfortunate events is the same hurt and pressure the good people in the community are feeling because they know how great the community can be,” he explained, urging the law-abiding citizens from the community to not give up on the area. “I don’t think enough people that pass through August Town or grew up here really give the community the kind of support it needs. I don’t think leaving your community in a rough time is the best thing to do for it. We can’t just give up like that, especially when it’s a place you love. For me, I try to do as much as I can to help elevate the community,” he revealed, speaking of his most recent initiative. “Most recently, I partnered with a group to assist some children with scholarships. Together we have helped students that are doing really well in school but struggling financially. That’s the kind of support the community needs,” he said.