Windies women on losing end of another close finish 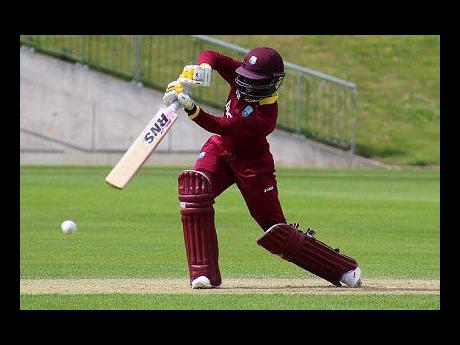 Contributed
Kyhona Knight top scored for the Windies women with 42.

WEST INDIES Women were involved in yet another tight finish but this time came out on the losing end, in a six-wicket defeat to New Zealand Women which levelled the five-match series yesterday.

Defending a paltry 108 at the Vivian Richards Cricket Ground, the hosts came within a whisker of victory before New Zealand Women stole the game off the penultimate ball of the contest.

With seven runs required from the final over sent down by seamer Cherry-Ann Fraser, the visitors scampered singles from the first two deliveries before number six Lauren Down (nine not out) gathered twos from the third and fourth balls to level the scores.

The 27-year-old then pinched a single to ease tensions.

New Zealand’s victory was set up by veteran Suzie Bates, who punched 54 from 61 deliveries with half-dozen fours.

The 35-year-old dominated an opening partnership of 37 with captain Sophie Devine (eight) before adding a further 52 for the second wicket with Amelia Kerr, who made 21.

Bates and Kerr were two of three wickets to fall for two runs in seven balls as West Indies Women turned a straightforward chase into a dramatic finish.

Earlier, left-hander Kyshona Knight top-scored with 42 from 48 balls and Chinelle Henry chipped in with 24 from 22 deliveries, but West Indies Women could only muster 107 for five from their 20 overs.

Sent in, the home side lost captain Hayley Matthews for eight with the score on 11 in the fourth over but Knight propped up the innings, posting 27 for the second wicket with Aaliyah Alleyne (13) and 31 for the fourth wicket with Henry.

Knight counted five fours while Henry lashed two fours and a six before both perished in the final over with the charge on.

The third T20 International is set for today.