From cave to own home 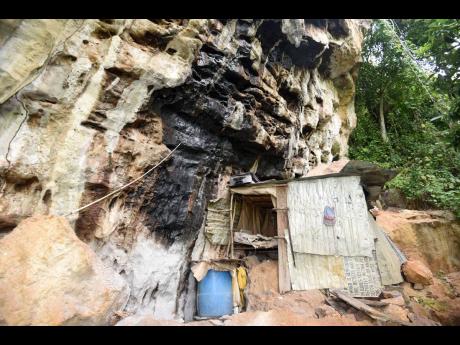 Kenyon Hemans/Photographer
The hut at the front of the cave in which Winston Williams lived for 37 years in Maggotty, St Elizabeth, after being scorned by the community following his release from prison after serving time for rape, an offence he said he was not guilty of. 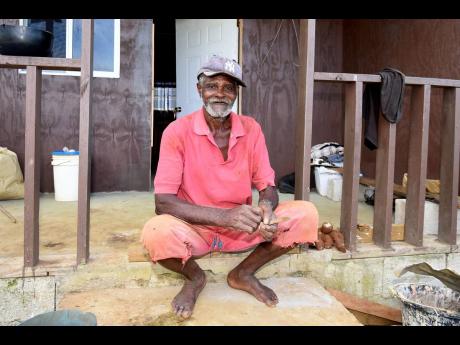 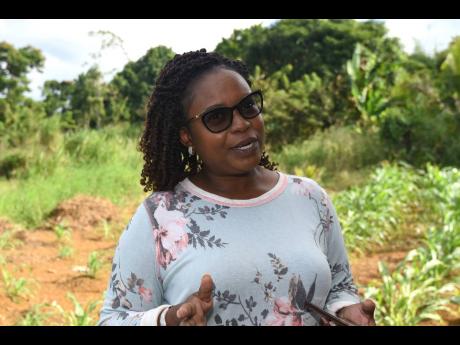 Kenyon Hemans/Photographer
YouTuber Tanya Pryce has been instrumental in getting help for Winston Williams.
1
2
3

Winston Williams believes he was not vindicated by the very system he thought would protect him after being accused of a rape nearly 40 years ago, an act he insists he did not commit. But after serving an eight-year sentence, he has still not been...

Winston Williams believes he was not vindicated by the very system he thought would protect him after being accused of a rape nearly 40 years ago, an act he insists he did not commit.

But after serving an eight-year sentence, he has still not been able to free himself from mental imprisonment. After facing scorn upon returning to the community of his birth, he resorted to self-isolation, establishing a makeshift dwelling at the mouth of a cave in the hills near the Appleton Estates in St Elizabeth, leading persons to call him ‘Caveman’.

For decades, Williams braved the rain, the wind and the cold, including Hurricane Gilbert in 1988 and several severe weather systems since. He has also battled crawling insects and other challenges, while living off the land doing peasant farming and selling produce to those around him, simultaneously performing the duties of a cane cutter at the Appleton Estates to sustain himself.

His poor living conditions remained hidden for several years and were exposed by YouTuber Tanya Pryce, who stumbled on him while shooting footage for her channel a year ago.

In an emotional recollection, the 75-year-old farmer recounted the events that led to his unfortunate situation, insisting that things could have worked out differently even though he did not receive a formal education.

“Mi go a captivity (prison) and when mi come back dem start fight against me, and me never guilty of the crime ... . When mi come back, dem start fight against mi and I never see no way out; but mi tell mi self that mi nah reach back deh, so mi come a Appleton come batter in a di cane piece,” Williams said, pointing out that the rejection forced him to construct a small hut at the mouth of the cave, where a small transistor battery-powered radio served as his only source of comfort until help reached him last year.

He said that he had often wondered if his fate of hopelessness was sealed, and whether he would die in the position in which he had found himself.

His answer came when Pryce found him and mobilised a community effort that started with the donation of a plot of land and $500,000 towards the erection of a house by the management of Appleton Estates. Contributions towards material and labour cost were also made by St Elizabeth North Eastern Member of Parliament Delroy Slowley and Food For The Poor, who provided the septic system.

“We have an issue because we don’t have it wired as yet, because we have not received any funding for the wiring. However, the greatest thing is that he has moved in and he is now comfortable,” Pryce told The Gleaner.

Williams now lives in the one-bedroom house, which has a bathroom, an open-space kitchen and living room.

He expresses his appreciation daily by giving away a substantial amount of his farm produce to community members.