Firearms owner yet to be held accountable 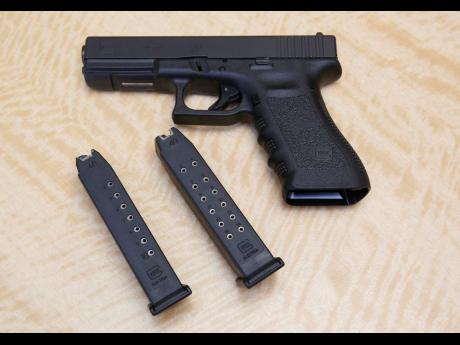 THE CASE of the two missing guns from a villa at the five-star Tryall Club in Sandy Bay, Hanover, for which taxi operator Balfour Hutchinson was arrested and charged, has been rescheduled for mention on Tuesday, July 26.

The case came up for mention in the Hanover Parish Court in Lucea on Tuesday and following a submission from the prosecution that all the files relating to the case were not yet in place. Hutchinson was informed by Parish Judge Nateisha Fairclough-Hylton that the case will be set for July 26. His bail was extended until then.

Hutchinson is out on $300,000 bail, with one to three sureties, on condition that he surrenders his travel documents and report to the police every Monday.

Reports are that a villa owner on the Tryall Club property, who is a licensed firearm holder for two firearms, left his weapons in his villa under the care of Hutchinson while he was away from the property for a short period. On his return, both firearms were missing from the villa, and Hutchinson could not give an account for them.

The Hanover police was called in and Hutchinson was subsequently arrested and charged.

The Gleaner has been informed that the Firearm Licensing Authority (FLA) has been notified about the matter.

However, the case has sparked questions as to why the owner of the firearms is yet to be held to account.

When the question was put to Detective Inspector Carl Brown, who is in charge of crime in Hanover, he refused to give a response, stating that “the media does not have to know everything”. Brown later stated that the matter is “under investigation” without giving details. According to him, a determination should be arrived at in three weeks.

“The investigations are still ongoing, the man (owner) has not been charged as yet,” he said. “There should be a decision long before the matter is mentioned again in court (July 26),” he added.