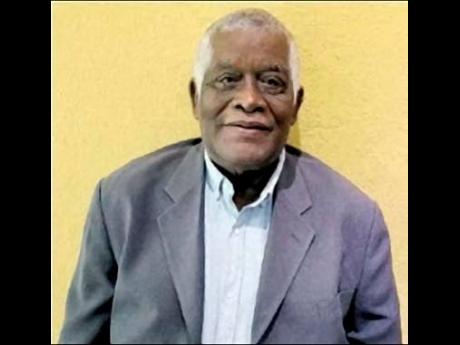 Popular Trelawny personality Tyrone Hilton, a retired clerk of the court who had worked in Trelawny and St James for several years, has died at the age of 77, leaving behind many rich memories among those whose lives he impacted over the years.

The good-natured Hilton, a father of five, spent his entire working life in the Jamaican justice system, where he gave exemplary service and was remembered as one who tried his best to ensure that whoever required his service was never short-changed, but got the best service possible.

Those who were very close to Hilton described him as an avid reader who was rarely seen without a copy of The Gleaner.

According to his friend Broderick Bennett, Hilton’s mother used to sell The Gleaner and THE STAR at her bar, and from his youthful days, those two newspapers were essential reading materials.

Hilton was said to be a great lover of horses, and over many years he reared them in Orange Valley, renowned for producing numerous horses that raced at Caymanas Park in St Catherine.

After he retired, Hilton took on a whole new persona, offering his service as a justice of the peace in Trelawny. Reports are that wherever he went, he always had his instruments of authority ready, and once he knew you well enough, he was ready to assist with the signing of documents.

In paying tribute to Hilton, businessman Kenneth Grant, president of the Trelawny Lay Magistrates Association, said Hilton was reliable, dependable, and a credit to the organisation.

“Tyrone was one of the most dedicated justices of the peace in the parish. He was always ready to visit the police station to witness statements of accused, among other duties,” said Grant, who noted that he will be missed.

“Tyrone was one who visited the cells at the Falmouth station to ensure that incarcerated individuals had their rights protected. Most important, he shared his knowledge of the justice system, especially the Bail Act, with justices who functioned in petty sessions courts,” added Grant.

Devon Brown, a resident of Falmouth, who had known Hilton for many years, said he treated his duty as a justice of the peace as if it were a paid job.

“If all the justices of the peace were as dedicated as Tyrone was, there would be nothing to complain about. The way he operated, one could be led to believe he was being paid. Such was his call to service,” said Brown.