‘We nah go have no Christmas’ 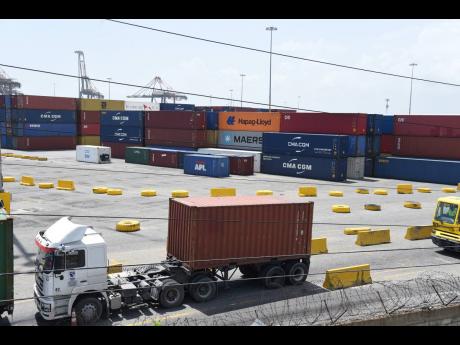 Ian Allen/Photographer
Containers being moved on the wharf in Kingston yesterday. Retailers in downtown Kingston are lamenting that global COVID-19-induced shipment delays have been affecting their businesses. 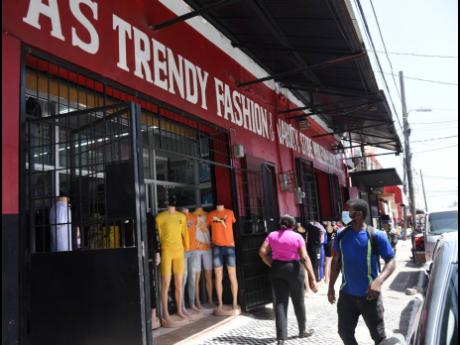 Ian Allen/Photographer
A’s Trendy Fashion CEO Anthony Howell said his enterprise has been affected by the shipment delays and measures introduced to reduce the spread of the coronavirus.
1
2

With the COVID-19 pandemic seeming to maintain its gloomy shadow over the usually busy Christmas season for a second year, retailers in downtown Kingston are not upbeat about their prospects of breaking the spell of losses and dismal sales they experienced last year.

With curfews introduced to restrict movement, along with the more recent strategy of lockdowns amid a catastrophic third COVID-19 wave, many dare to look ahead to the next three months. They told The Gleaner that their businesses have been stifling, and it is now just a matter of moving from day to day, navigating the current challenges, including shipment delays.

Anthony Howell, CEO of A’s Trendy Fashion Company Limited, is anxious to see the end of the deadly pandemic, which has dealt a bitter blow to commerce over the past 18 months.

“We nah deal with Christmas now. We a deal with life right now. We a talk bout the corona now,” he said yesterday. “We nah talk bout Christmas and the corona[virus] spike so high. Christmas is way behind. We nah go have no Christmas based on wah gwan ya now.”

Howell added that his business has been impacted by shipment delays.

“Right now, all shipping delay, and it come on the news that it a go delay for another two months now,” he said.

It was a similar concern for Shantel Morgan, manager of Fashion Feet, who said that her business has also been affected by the slow pace of deliveries.

“Instead of getting my package at the end of this month, I won’t get it, like, for another two months or so. It’s a longer process, a slower process,” she told The Gleaner.

This presents a challenge for her merchandise to remain on trend.

“It slow down things a bit if you are gonna be receiving fashion slow. And for a fashion store, fashion that has been out for a two-three months,” Morgan said. “The US, for example, the fashion they have now is newer than what we have here now, so when that package come, that fashion done get old already, so you have to try push it out to get it out (sales).”

The series of no-movement days introduced by the Government and the earlier curfew staring time on Saturdays have also been affecting sales and two days of salary as the store usually operates from Monday to Saturday between 9 a.m and 6 p.m.

“I lose two days of business ... . When you have a daily income, when you have a lockdown, it take a bit of salary out of the payment that they receive at the end of the day or end of the week, depending on how they get paid,” she explained.

“If you leave work at 5 [p.m.] and you want an item here, I can’t assist you because I leave work at 5, so that is the biggest impact we have right now,” she told The Gleaner from the Harbour Street location.

She has had a pay cut and so, too, have the other employees.

“We at Tamouchie, we don’t do like a everyday thing where you go to the wholesale and you can get three of that and three of that. My boss, she shop like she would a shop for herself – a unique type of way. When we post stuff on our Instagram page, people gravitate to it,” Jackson-Francis said.