Citizens using INDECOM as a shield to abuse police – Chang 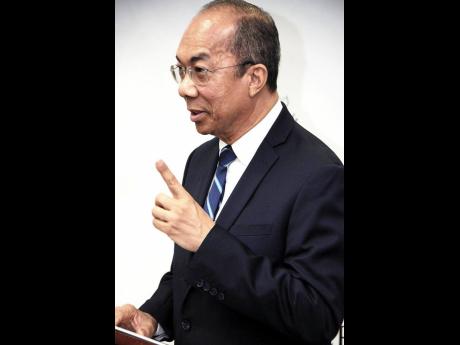 National Security Minister Dr Horace Chang says some citizens are using the powers of the Independent Commission of Investigations (INDECOM) as a shield to heap abuse on members of the Jamaica Constabulary Force (JCF).

Chang said although a recent survey showed that respect for police officers has improved, attacks against the police in public spaces are increasing.

“There is a feeling out there that because of INDECOM, they (unlawful citizens) can abuse the police and get away with it, that is what is causing the problems,” Chang told The Gleaner in an interview on Friday.

Chang was responding to concerns raised by Chairman of the Jamaica Police Federation, Detective Sergeant Patrae Rowe, who was recently quoted as saying that some police officers were afraid to carry out their jobs out of fear that they could be arrested by INDECOM.

“It’s an opinion of elements of the police force, and it may have some basis in terms of practice, because INDECOM was designed to deal with complaints against the police at a time when it was felt that there were too many extrajudicial activities by the police,” said Chang.

“INDECOM was created to control police excesses, and I think the police are saying INDECOM has become excessive at this point in time,” said Chang. “I don’t want to make a judgement call, but there are certainly some concerns by the officers of the force; it is almost a reversal on the purpose for which INDECOM was founded.”

In a bid to put a lid on the situation, Chang said he will be seeking to convene a meeting with the leadership of the Jamaica Constabulary Force, their union and the directors of INDECOM.

“It is something we have to look at and see to what extent it’s becoming the real problem, and to what extent we can work with INDECOM to ensure professional standards are maintained, but at the same time, policemen [can] feel comfortable doing their job,” said Chang.

“It is felt at this point that the directors of INDECOM have gone the other route now, where they are being excessive in applying the regulations of the law to the police officers,” continued Chang.

“It’s an institution that is evolving and I expect there can be discussions held to look at how it’s operating, but the increased attack on the police by certain elements is of concern to me as the minister,” he said.