Boy gets 2 years for having knife 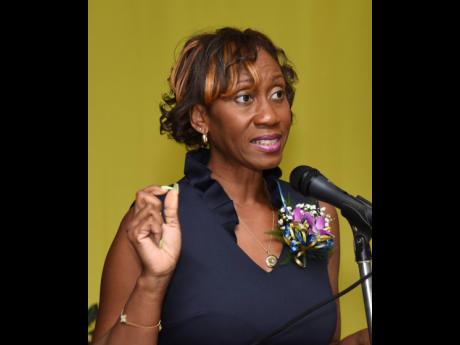 A 16-year-old boy who has been detained since September 2021 for possessing a knife will have to finish the rest of his two-year sentence in a correctional facility after the Office of the Children’s Advocate (OCA) lost a legal challenge last week...

A 16-year-old boy who has been detained since September 2021 for possessing a knife will have to finish the rest of his two-year sentence in a correctional facility after the Office of the Children’s Advocate (OCA) lost a legal challenge last week to have him released.

The boy was taken into custody last March for allegedly assaulting another teen at a party in Torrington Park, Kingston. While he was processed at the police station, a six-inch knife was found in his possession.

Following his sentence, the OCA took the matter to the Full Court, seeking constitutional redress, including an order for the child, referred to as ‘N.O.’, to be immediately released and a declaration that the judge had wrongfully sentenced the teen and that his right to freedom had been breached.

The OCA contended that the judge acted outside her power in sentencing him to a two-year correction order when the penalty under the Offensive (Prohibition) Weapons Act was for a $4,000 fine or four months behind bars.

But the Full Court judges, Justice Lorna Shelly-Williams, Anne-Marie Nembhard, and Carole Barnaby, who heard the matter in July 2022, refused the claim and the application for habeas corpus, which would have resulted in the child being freed.

In the judgment, which was published on Tuesday, the panel found that the arguments that were advanced could not be sustained as the Constitution allows for a judge to detain a person in execution of the sentence or the order of the court.

“We have found that the correctional order to which N.O. was sentenced is intra vires the powers of the learned judge as it was an available sentencing option under the Child Care and Protection Act (CCPA),” they said, adding that the application was not a remedy that was available to him.

The judges also found that Feare Gregory had not acted outside the remit of the CCPA in failing to refer the proceedings before her to the OCA or to grant a legal aid certificate.

“We do not understand the act to require a child in proceedings before the court to have an attorney-at-law, and while circumstances of a particular case might favour a child having that kind of representation even where the parent or guardian indicates that it is not needed, that appears to us to be among the matters challengeable by way of judicial review,” they said.

Noting that the child’s parents had opted not to pursue that legal remedy, the judges indicated that any challenge to the court’s exercise of discretion under Section 4(3) of the act should go to the constitutionality of the discretion granted by the Parliament to the court.

King’s Counsel Jacqueline Samuels-Brown, who represented the OCA, had argued that the judge should have sentenced the minor under the act under which he was charged. Additionally, she said although the correctional order was an option available to the judge, it should not have been used as placement of juveniles in correctional facilities is always a last resort.

Samuels-Brown, during her submission, pointed out that the constitutional redress was the only appropriate remedy left as the child had not given a verbal notice to appeal his sentence nor did he file a written notice to appeal within the stipulated 14-day period.

Further, Samuels-Brown said the stipulated three-month period in which to apply for a judicial review had also expired.

For her part, state lawyer Lisa White argued that the judge had the authority to sentence the child to a correctional order and that it was not in breach of his rights. She also averred that the judge had not only abided by the sentencing guidelines but handed down a term aimed at rehabilitation and in the minor’s best interest.

She said that a sentence would afford the minor a stable, disciplined environment, with an opportunity to attend school, receive religious instruction, and have access to psychiatric and medical care.

The judgment further noted that the sentencing judge had pointed out that the national security minister could be petitioned to have the teenager released from the facility where he was being housed.

However, she said that her legal team would be meeting to discuss the ruling.

“We were concerned that he was being deprived of his liberty for something that other people would get a fine for. That’s why it concerns us so much,” Gordon Harrison told The Gleaner.

She acknowledged, however, “a lot of legal doors had been closed” by the time the matter came to her attention.

“We could have gone to the Court of Appeal, but we became aware of the matter after the child had been sentenced four or five months,” she said.