How Stonebwoy keeps betting on himself and keeps winning 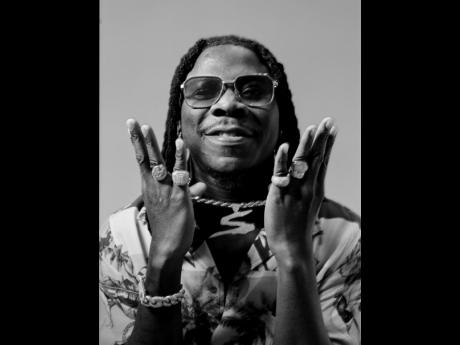 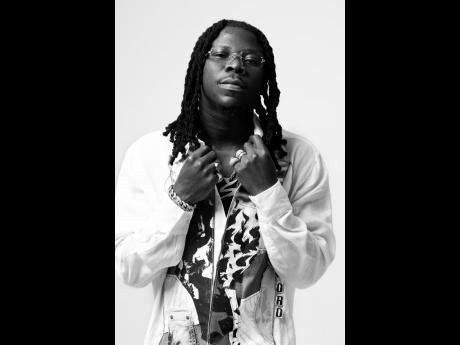 Contributed
Stonebwoy was one of the headliners for the recent City Splash Festival in London; Summerjam Festival in Cologne ;and Afrobeats Festival in Berlin, Germany; and performed on the main stage at Uppsala Reggae Festival in Sweden.
1
2

Ghanaian Afropop, dancehall and reggae recording artiste, Stonebwoy, has officially started the next chapter of his career. When scrolling through the 34-year-old’s social media, one thing is apparent – he has been busy. Even finding time for interviews was not the easiest to navigate with his jam-packed rehearsal schedule, endorsement obligations and travelling.

Since May, Stonebwoy has been celebrating closing a major deal with Universal Music Group label divisions Def Jam and Def Jam Africa. According to a press release from the label, the signing is meant to introduce his “eclectic sound and Ghanaian music culture to new audiences around the world” and this also means spreading dancehall culture the artiste said in a recent interview with The Gleaner.

“From then until now, the aim has been to represent for Africa, for Ghana but specifically through the Jamaican style of dancehall and reggae with a lot of African style or Afrobeats music around,” Stonebwoy offered.

He continued, “You know our African roots grow really wide and the music is actually specific to different million tribes, it is a lot. Through artistes’ tones of voice, one can tell which tribe he or she is coming from and therefore find out of such traditional elements in their music. My family tribe and ethnicity is Ewue, I speak Ewue and coming from Great Congo tribe from the ancient of ages …It’s a big lecture even from the sounds and music.”

Coming off the high of signing the deal and having a lucrative and fun European tour and his smash-hit single Therapy, Stonebwoy has still managed to hold his own as Ghana’s “beloved reggae-dancehall artiste” and though some music critics may have different to say, he maintains a catalogue that can match any of Jamaica’s local entertainers while still remaining true to his roots.

“If you do not stay true to the core you’re going to falter at some point. Once it’s your truth you’re living you can only get better and better at it. The affirmations are in your culture,” he said.

With the success of Afrobeats on the global charts and its practitioners receiving prestigious awards over the past three years, Stonebwoy explained, “I feel [not] one shame about what I am doing, because it is all music of black origin [so] I am playing a role – doing my duty as it is supposed to be – interconnecting all our thousands of genres and generations together. God is who keeps me grounded and grinding.”

The Therapy single is an Afrobeats-inspired track with an upbeat pop rhythm produced by IzyBeats and it is doing well on most digital streaming platforms. It has been said that the single has become so ubiquitous in local hubs of the cities he toured, it would appear he has won the jackpot. Stonebwoy was one of the headliners for City Splash Festival in London, Summerjam Festival in Cologne and Afrobeats Festival in Berlin, Germany, and then on the main stage at Uppsala Reggae Festival in Sweden which also listed Etana, Konshens, Gentleman and Pressure Busspipe as featured performers on the same day. Prior to that, he closed the US tour in March of this year. He also hosted the seventh staging of his Ashaiman to the World Festival on Saturday, September 3 at the Saka Saka Park in the Greater Accra Region of Ghana.

He said, “It was like Capleton’s St Mary Mi Come From ... about 50,000 people coming together in the park for positive music. We empower the youth and let them know they can be accomplished men and women no matter where they come from. It’s a free event, the other event I have, the BHIM Concert which we held last December and brought Beenie Man is a paid event.”

Last Friday, the artiste and versatile songwriter released a new song titled Gidigba, which translates from the Yoruba language to ‘firm and strong’. He starts out chanting in true dancehall style “cause we nuh tek back chat” and then leads into the first verse singing, ‘Dem ah talk bout one love but dem never real like that’.

“It’s just for one and all to know themselves and stand firm. The majority [of people] put fear in themselves or transfer their failures on to others where they use hate and jealousy to put down others. You see self-affirmations are really important. Just affirm yourselves, that is what I do, because you are already winners and conquerors,” Stonebwoy said.

The Most Original artiste said that he had been out of Jamaica for too long and has plans to visit in November. He has collaborated with and featured with several of Jamaica’s popular dancehall acts including Beenie Man, Sean Paul, Sizzla Kalonji, Khalia, Jahmiel, Vanessa Bling, Wayne Marshall, I-Octane, and Chi Ching Ching, among others.