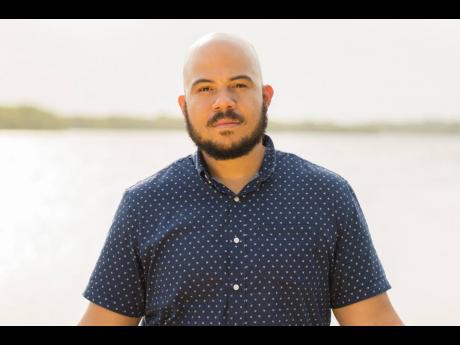 Come September, soca fanatics will be expected to put on their best fête outfit and dancing shoes on two nights for the popular soca party, I Love Soca Cooler Festival. It is a welcomed expansion, as the numbers for the event has consistently increased since the first staging in 2012 utilising the current concept.

According to Andrew Bellamy, one of the directors for the brand, the expansion was influenced by the need to strengthen the concept and provide its supporters more, “while adding to the creative and festival industries in Jamaica,” causing an evolution into what the team has dubbed ‘Soca+’.

“Every good product or service goes through an evolution to suit the needs of their audience. Our patrons love what we have curated so far and like the plus sign; we want to give them more to enjoy – more disc jockeys, more performances, more surprises – adding to the festival culture in Kingston,” he told The Gleaner.

Bellamy added, “The use of an ambiguous plus sign was chosen for a number of reasons. We wanted to start a conversation around a symbol that can connote a multiplicity of meanings. It’s also the centre of the evolution of the I Love Soca Cooler Festival into the Soca+ experience, which brings a unique soca product that will be infused with multiple genres of music with each staging. Essentially, it is a positive (plus) experience with additional performances on an extra day for an increased musical high.”

For two nights, patrons will be treated to performances honouring the Jamaican and Eastern Caribbean soca culture, he said. They will also be increasing its gastronomy offerings in a mind-bending venue set-up.

Recently held as part of the roster for Best Weekend Ever in St Ann, its first time on the north coast, I Love Soca has been known for being one of the most community-spirited seasonal parties on the scene, and it has moved across various communities around Kingston. But one space that has been revisited for several executions is downtown Kingston.

Although a venue has not yet been confirmed, Bellamy shared that Kingston’s downtown area is a place of interest. For the return of the premier cooler festival in the capital on Easter Monday, the organisers transformed the downtown waterfront, which faced several questions surrounding the logistics, time and surrounding amenities.

“We are still exploring a number of venues. It’s interesting to note that after having initial reservations, our patrons provided us with great feedback for the transformation of the downtown space, so that area is also under consideration,” Bellamy said.

I Love Soca has also been introduced to different communities, as the promoters hosted the festival not only in Jamaica, but in US across different cities, such as South Florida, New York and recently in Miami.

The festival offers a refreshing juxtaposition of musical genres, while keeping soca and the fête lifestyle at the fore with its entertainment. The event has over the years brought the likes of Trinidadian hitmakers Machel Montano, Kerwin Du Bois, Bunji Garlin, Nailah Blackman and Kes The Band, as well as rising stars like Sekon Sta, also from the Mecca of soca music, Bajan soca queen Alison Hinds, and five-time St Vincent and the Grenadines Soca Monarch winner Skinny Fabulous. It has been matched with a number of local dancehall entertainers, from Bounty Killer to Ding Dong.

“With every staging of an event there are lessons learnt. However, for Soca+ we want our patrons to have an open mindset to the evolution, which includes the set-up, how they’ll be able to traverse the venue we end up selecting, experience the music while enjoying a heightened optical view. It will be groovy, sexy, hardcore and lyrical,” Bellamy asserted.