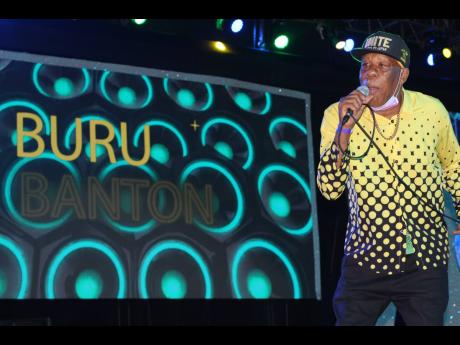 Stephanie Lyew
Burro Banton came dressed in the colours of Jamaica’s national flag and a black snapback hat with the message ‘unite’ to celebrate the island’s diamond jubilee year. 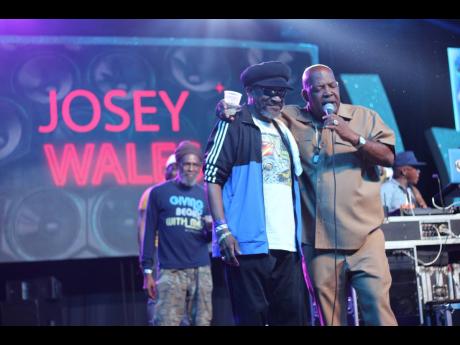 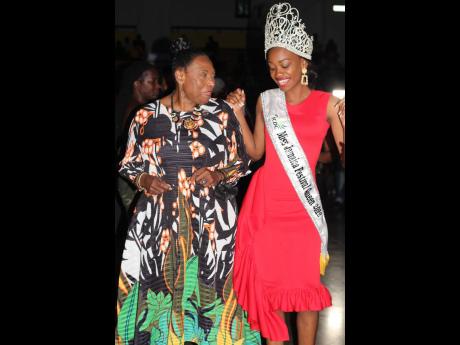 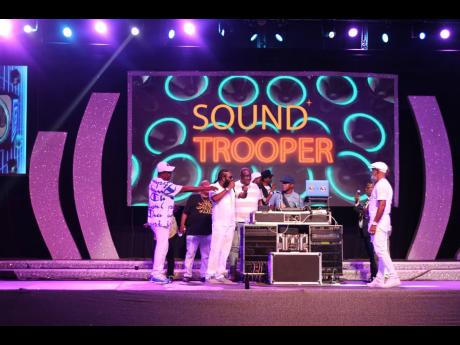 Stephanie Lyew
Veteran entertainers hold a reasoning on stage as Sound Trooper cues the next riddim for their performance. 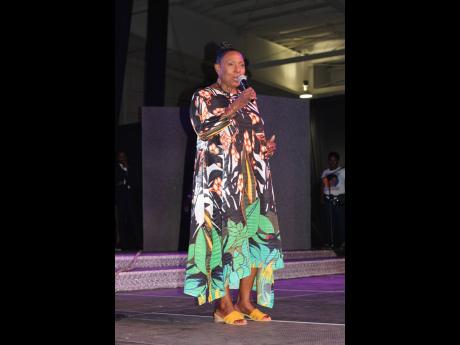 Stephanie Lyew
Minister of Culture, Gender, Entertainment and Sport, Olivia ‘Babsy’ Grange appears mid-concert at Original Dancehall Stylee, held inside the National Indoor Sports Centre last Wednesday, giving thanks and praises to both the performers and patrons who turned out.
1
2
3
4
5

There were more calls for love and unity during the Original Dancehall Stylee stage show, part of the Jamaica 60 diamond jubilee celebrations, which featured some of the pioneers who heralded the genre as a way of life.

The seats inside the National Indoor Sports Centre gradually became filled as the voices of the entertainers echoed into the Independence Village.

Commander Shad was first up, coming out on stage in full white attire with a glistening chain bearing an extravagant microphone pendant. He mentioned that his ‘original dancehall stylee’ was “clean as a whistle”. The Come Back Fresh artiste said that there was no room for “nuh bag ah chattinz, just the artistes dem,” showing off their styles, which is exactly what it would be.

One by one, stars of the old-school dancehall era aligned to turn back the hands of time with their voices sounding as strong – or even stronger – than they did when the genre had its genesis in the late 1970s to early 1980s. The tastes and musical familiarity span at least four decades for most of the acts, who, for the most part, were nostalgic to be back on a stage, sharing their talent.

AUDIENCE ON THEIR FEET

Veterans Burro Banton, Peter Metro, Josey Wales, Admiral Bailey, Little John, and Lone Ranger showed that time had not diminished their capacity to chant a freestyle or have the audience rise to their feet in the name of good ol’ dancehall. They delighted with songs recorded on the Sleng Teng, Punany, Mad Mad Diseases, Answer, Cuss Cuss, Taxi and Heavy Rock riddims, among other popular dancehall beats which are defined by the patented drums and bass. It was more historic as, once the artistes emerged on the stage, they remained there to either take turns to perform or support their musical brothers.

Special mention must be made of unity shown on stage as artistes like Josey Wales constantly reminded fellow deejays to give each other a chance to be at the centre. He, along with Little John and Admiral Bailey, called for unity among the dancehall fraternity, with Little John stating that “love says it all”. There were covers of tracks like Love Is The Answer by Garnett Silk during the segment and tributes to the Mighty Diamonds musicians Tabby Diamond and Bunny Diamond, as well as Merciless, who died this year.

Merciless was highlighted for his contribution to the genre, as several entertainers injected his name into their freestyles and sampled some of the recently deceased deejay’s lyrics into their set, speaking of his ability to send other deejays home crying in clashes.

Dancehall music has managed to tell the stories of many lives, said Josey Wales, to which Minister of Culture, Gender, Entertainment and Sport Olivia ‘Babsy’ Grange appeared to agree as she stepped onto the stage to remind the artistes to be the storytellers that deserve respect. During the heat of the performances, it began to look like a battle for the microphone, but it was quickly quelled by the culture minister, who was addressed by the artistes in variations of the word mother. She remained on stage with the entertainers for an extended time, and even selected a few riddim tracks.

The genre, which has been the backdrop adding colour and flavour to the cultural melting pot that is Jamaica, tells of love, justice, the emancipation of self and the people of a country, and deserves a platform specifically. Grange said she was content knowing all the veterans rostered to perform had their time to shine for the Jamaica 60 celebrations.