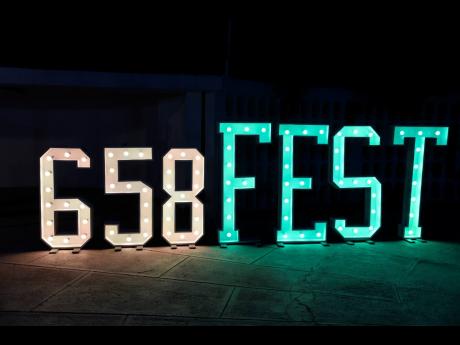 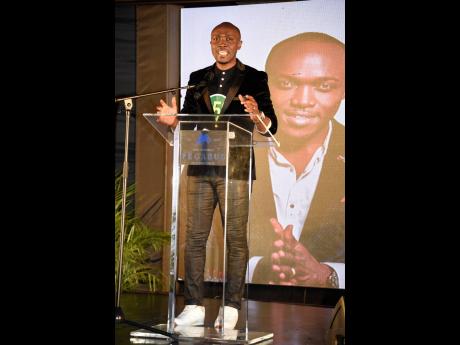 Nicholas Nunes
‘Kelvin Osbourne, chairman of Clearsound Production Services, and I will be executing one of the largest productions in gospel, and this will be done at the highest level of safety protocols being observed,’ said Kevin Downswell. 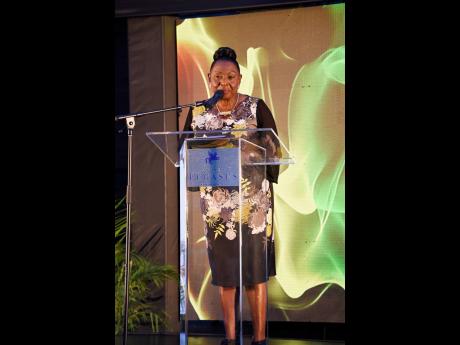 Nicholas Nunes
Minister of Gender, Culture, Entertainment and Sport Olivia Grange gave ‘a shoutout to all the promoters across Jamaica who are even now resetting their events in accordance with the new measures imposed to keep us safe’. 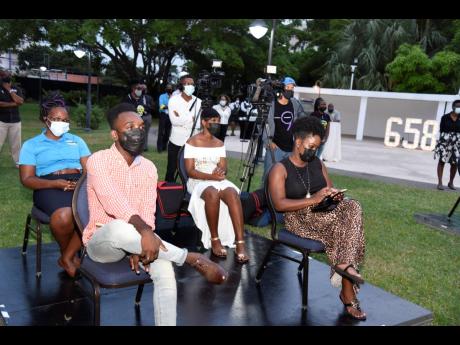 Nicholas Nunes
The setting at the launch, which had chairs elevated on decks that were placed feet apart, is expected to be similar to what will greet patrons attending the event on August 7.
1
2
3
4

Following a drought, Kevin Downswell Ministries and Clearsound Production Services are planning the mother of all gospel concerts for August 7 at the Police Officers’ Club on Hope Road, with a set-up that could set the trend for the hosting of large events in a COVID-19 era.

The event, which was launched last Tuesday in The Gardens, The Jamaica Pegasus hotel, is dubbed 658 Fest, and for all those who were wondering about the significance of the number ‘658’, the puzzle was finally solved. The number ‘658’ simply represents Jamaica’s new area code.

“Kelvin Osbourne, chairman of Clearsound Production Services, and I will be executing one of the largest productions in gospel, and this will be done at the highest level of safety protocols being observed. We want everyone to know that their safety on August 7 is one of our top priorities,” Downswell said.

The gospel singer and minister says he is excited to deliver a worship experience that is both liberating and refreshing. “Since the Government reopened the entertainment industry in Jamaica, there has not been a single Christian event of this magnitude. I have received countless messages on social media from persons asking about when will be the next gospel event, so they can come out of their houses for a change. 658 FEST will fulfil these expectations and so much more,” he noted.

Executive director of the event, Christopher Johnson, told those gathered for the launch last Tuesday that 658 FEST is a festival of thanksgiving, and emphasised that the event will unfold with clockwork precision. “We are aiming to create the new norm; we are aiming to transform; we are aiming to make this international, putting the new area code 658 on the map, showing that Jamaica can indeed have a festival, but in a very safe way,” Johnson stated.

He pointed out that the setting at the launch, which had chairs elevated on decks that were placed feet apart, was similar to what would greet patrons attending the event on August 7. “We will have sanitising, social distancing, and the atmosphere is one that will keep you safe in the middle of a pandemic. I believe that as Christians, we should be the ones to set the example. We should be the head and not the tail.”

At the event, there will be a section for general admission, which will have two food courts; an all-inclusive VIP area, as well as a VVIP section on stage which will seat 25 special guests, who will be given white-glove treatment.

“We have not had anything like this for over a year and a half, so we know the expectations are high. The artistes on the event are gearing up themselves to deliver. It will be a very special event,” Downswell promised.

Prior to Monday’s announcement of new curfew hours, the festival was designed to run from 5 p.m. – 9 p.m.; however, an earlier start time will see it now ending at 7 p.m. Some of the biggest names in gospel are scheduled to perform, among them Rhoda Isabella, Rondell Positive, Chozenn, Perpetual Sounds, He Transforms Me Worship Team, Petra-Kaye ministries and, of course, Kevin Downswell.

Special guest speaker, Olivia Grange, minister of gender, culture, entertainment and sport, noted that “God has indeed been good to us” and asked to be allowed to “give a shoutout to all the promoters across Jamaica who are even now resetting their events in accordance with the new measures imposed to keep us safe”.

She stressed, “I share their pain and the challenges they are facing. My ministry stands with all the events promoters and persons of the entertainment industry as you reset the thing, because we understand that it is all for the greater good of our people and for our safety, but it nuh easy.”

Grange, whose theme was one of thanksgiving, even during “trying times,” shared the words of St Paul, urging all to “present your request to God”. She lauded Kevin Downswell – who she first met when he entered the Gospel Song Competition years ago and won – and also saluted Clearsound for growing into a formidable force in the industry.

Also present at the launch were the finalists in this year’s rebranded Gospel Stars Competition.