Morgan Heritage says NFTs is a new investment in ‘legacy’ 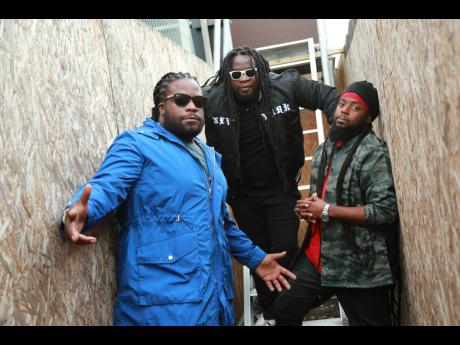 Morgan Heritage’s Light It Up non-fungible tokens (NFTs) have sold out. The two-time Grammy Award-winning reggae group announced the release of three songs as limited-edition NFTs in partnership with Bondly Finance. One of the NFTs is a new production, while the other two were digitally remastered tracks from Morgan Heritage’s vast catalogue and will be featured on their upcoming album, Legacy.

The sale started on April 17, and in a matter of hours, the first track, Light It Up, featuring renowned Norwegian singer PelleK, sold out — that alone was a total of 175 NFTs.

Speaking to The Gleaner about the group’s recent success, Memmalatel ‘Mr Mojo’ Morgan said, “It is historic for a reggae group to do this”.

“Some individuals, whether it be recording artistes or those in pop culture, put up NFTs for sale and end up only selling one; we sold over 200,” he added.

Mr Mojo, who is one of the vocalists – and percussionist – of the group, said they were introduced to the blockchain technology industry and its developments through a friend at the start of the pandemic and started their own research.

“I did my research and realised this was a new form of digital art, something that not only had value, but could gain value in the resale market. When there was an NFT boom with major brands getting into the space, like the NBA, that’s when we knew it was a big shift. As the group understood more and saw that NFTs were a viable opportunity, for about six months we reached out to several companies. We had to make sure reggae was there on a major level,” Mr Mojo shared.

However, the reggae artiste said the investment is not for everybody. He explained, “Any artiste that has a significant fan base are the ones who should be looking into this.”

Mr Mojo continued: “The beautiful thing in having a partner like Bondly, that’s a leader in the space, is that they have a community that are collectors of this. So, not because an artiste puts up an NFT for sale, it doesn’t mean it will sell, because it is still new merchandise, and people may or may not have heard their music. That’s why it was monumental for a reggae group to be able to do that, that didn’t have any mainstream success; if you look at it, our success has been through grinding and touring.”

Tory Lanez is another international recording artiste who collaborated with the blockchain company to generate 450 song NFTs. The rapper created history by selling all within two minutes of their release. The collection earned a record $500,000, including resales in the first 24 hours, a representative told Rolling Stone.

Morgan Heritage members were shocked to know that there were fans within the Bondly Finance community.

Also, the fact that the reggae royalty dedicated the past year to the procurement of rights to their music under the family-owned record label, CTBC Music Group, is an added benefit.

“Instead of releasing new music, we acquired around 80 per cent of our catalogue, which is unheard of in our genre … this was achieved during the pandemic. To own that much of your catalogue is rarely seen in our genre,” he said. “We have been re-releasing anniversary editions of some of the albums, and will continue to do that over the next couple of years as we reach certain milestones.”

The group’s mission with NFTs is to open doors for other “legacy artistes”. As the first reggae artiste and group on Bondly Finance, they are setting an example by saying, NFTs are not profitable in terms of dollar signs, but is “an investment in reggae music’s legacy”.

“It’s not about the money; it’s about embracing the technology. We wanted to create a reggae invasion on the blockchain on Saturday, and that’s the statement we are trying to make. We want ‘legacy artistes’ to now come through the door and do what Morgan Heritage has done, and have the same success,” Mr Mojo said.

He said too many reggae artistes are spending US$50,000 to make an album, pointing out that international recording artistes like DJ Khaled have spent 100 times more, but then have to wait to stream one million times to get a US$4,000 cheque.

“As a creative person, there is an opportunity to now release projects on blockchain that can be sold for an amount to remake the actual investment and at the same time introduce the music to a whole new community of collectors who can acquire, trade and resell NFTs through the platform,” he said.

The Legacy album is scheduled for release on May 28, and each of the NFTs will give exclusive access to unreleased music and ownership before it is shared with the world. This is just the start of the relationship between Bondly Finance and Morgan Heritage. Bondly expects to release more NFTs with Morgan Heritage in the future and is excited to execute the initial release of the three songs.

“When I was introduced to their music by PelleK, I fell in love instantly and then realised how big their fan base was globally. For us here at Bondly, when it is all said and done, we are pleased to be able to be the ones that brought Morgan Heritage and their amazing music to the 100 million cryptocurrency users that exist today,” said Bondly Finance’s CEO Brandon Smith in a press release.