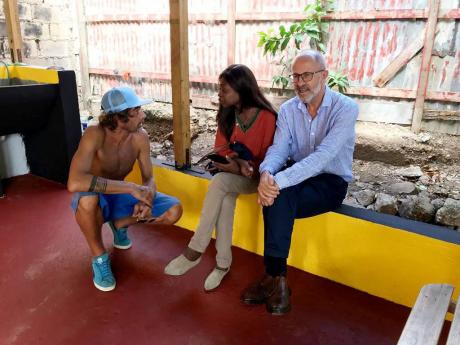 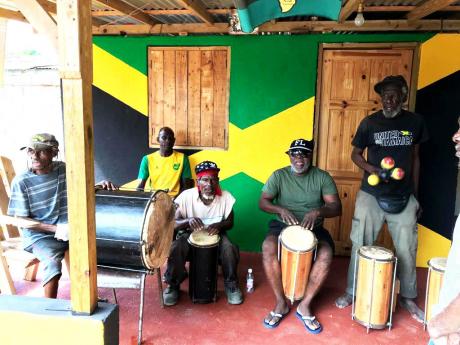 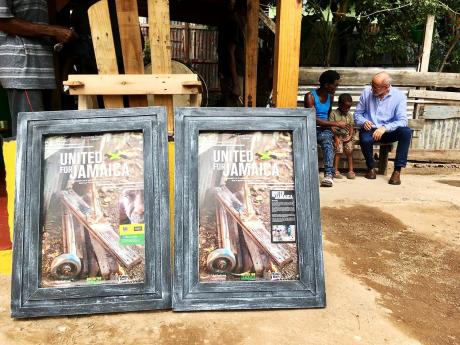 Contributed
Plaques presented by the French Embassay to the cultural centre in Rockfort. 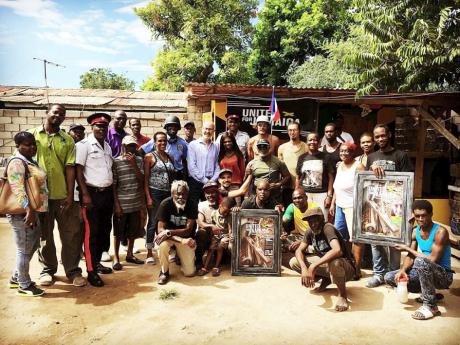 Contributed
Members of United for Jamaica with community members and supporting organisations. 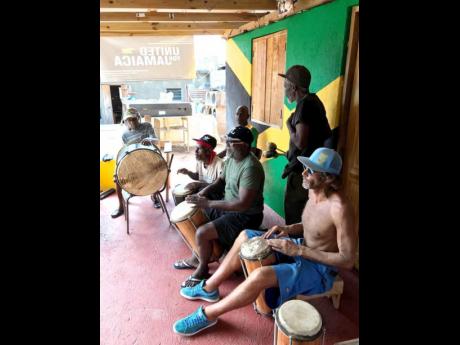 For the past 20 years a quiet cultural exchange has been taking place between Aubagne, France, and Rockfort - an east Kingston, Jamaica, community wincing through pangs of gang violence. Despite the occasional 'criminal' flare-ups, a group of French musicians decided to take hammer to nail and build a legacy in Rockfort based on community service with the brotherly support of Nyahbinghi traditionalist band Mystic Revelation of Rastafari (MRR).

What started out as a reggae lovers' trip developed into the idea to construct a cultural centre. "It's just through previous years of travelling we met a few 'bredjins'. Their desire was to visit Jamaica and see what it's like. For over 20 years, they've been coming," the MRR's Count Ozzie Jr told The Gleaner.

Over the years, the group of Aubagnais musicians has been 'adopted' by Rockfort. They include Frenchmen Cyril of DSF Crew and Olivier Scali and Cyril Anthony of Association Kabba Roots. In 2013, the Europeans decided to make their efforts official by establishing United for Jamaica.

In 2015, United for Jamaica acquired 8 Simpson Road in the heart of Rockfort - a plan that had been simmering for a decade. "They come around and they like what they saw; they're building on it right now," Count Ozzie Jr revealed.

While work goes on, the developing space is already being utilised. In February, Cyril's DSF Crew, alongside local and French volunteers, hosted a workshop and community kitchen. Their next step is to construct a computer room and a multi-activity space dedicated to education, art and music. In order to welcome international volunteers to the project, the association also aims to build guest rooms on the compound.

Putus Roots, former member of Mystic Revelation of Rastafari, serves as the ambassador from Rockfort to Aubagne, frequently visiting the land of the Eiffel Tower to become familiar with local practices that he can export to the land of wood and water. Effective as Putus may be, the philanthropic Frenchmen have earned the official endorsement of French ambassador to Jamaica Denys Wibaux. At the invitation of United for Jamaica, the ambassador and his wife recently visited the site to learn more about the projects of the non-profit organisation.

Last weekend Count Ozzie Jr, along with drummers and members of MRR, led Nyahbinghi on the compound in the company of media and community members.

"We need to highlight the good things that come out of Rockfort and leave the negativity alone," he said.