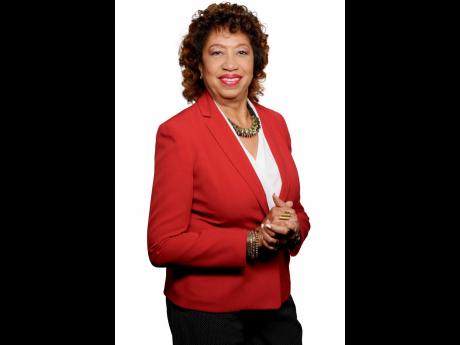 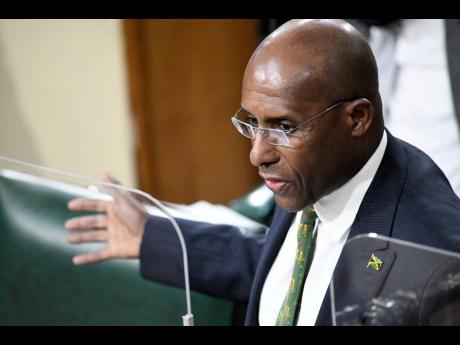 A follow-up trade mission to Guyana is planned for January, the size of which is expected to surpass the 22 companies that visited in October as part of a government-led junket in search of business opportunities. This time, the focus will be on...

A follow-up trade mission to Guyana is planned for January, the size of which is expected to surpass the 22 companies that visited in October as part of a government-led junket in search of business opportunities.

This time, the focus will be on construction contractors and financial institutions willing and able to finance real estate development in the country of about 790,000 people.

“I am saying to all the financial houses, Guyana wants you in there. Their banks aren’t big enough. They respect how we run our businesses here. They have great admiration for the Bank of Jamaica and the Jamaica Stock Exchange,” said Minister of Industry, Investment & Commerce, Senator Aubyn Hill, in an interview with the Financial Gleaner.

The Government of Jamaica has adopted the role of matchmaker, aiming to create trade and investment opportunities for local firms in the emerging oil economy of Guyana.

Although both countries are members of the Caricom trading bloc and therefore preferential partners, the outreach is seen as a necessary step to expedite business ties at the highest decision-making levels.

On the heels of oil finds in 2015 by American oil giant Exxon Mobil Corp and subsequent production of crude, starting in 2019, Guyana is now one of the world’s fastest-growing economies. It is geographically located on the South American continent but politically and economically aligned with the Caribbean as a member of the Caricom bloc and host of the Caricom Secretariat.

Guyana’s population is around a quarter of the size of Jamaica’s, while its economy, estimated at US$7.4 billion in 2021, was just about a half of Jamaica’s, which was around US$13.6 billion, based on World Bank data.

In October, Hill and Jampro led a trade mission to Guyana that was said to include engagement with more than 40 businesses in that country.

“There were 22 companies on the mission, so the private sector played a strong role,” said Jampro President Diane Edwards.

“We were supported on the mission by the Private Sector Organisation of Jamaica, the Jamaica Manufacturers and Exporters Association, and the Jamaica Chamber of Commerce. The public-private partnership is the winning combination, because what you get when you have a ministerial-led mission is access to ministers at the highest level, while the private sector doing a mission on their own would not necessarily be able to open the same doors,” Edwards said in an interview with the Financial Gleaner.

Jampro says several of the businesses from the trade and investment mission in October, as well as from a previous Jamaica Chamber of Commerce-led visit in 2019, have formed business partnerships with Guyanese counterparts and have already started doing business there, namely, Sagicor Group, NCB Financial Group, Dolla Financial Services and PanJam Investment.

During the visit, an MOU was signed signalling cooperation between Jampro and the Guyana Office for Investment.

As for the next trade mission in January, Edwards said that with at least 12 hotels being built or to be constructed, Guyana lacks construction services, including contractors, sub-contractors, engineers, project managers and skilled construction workers.

“The financing capacity of the Guyanese financial industry, according to their minister of finance, is about US$95 million, and if you know about financing hotels in Jamaica, they are usually in the US$200-million category,” said Edwards.

“The lack of financing for those hotels offers a huge opportunity for our financial services industry. They made it very clear to us that their capital markets are very thin and very shallow, so the opportunity to finance the expansion of businesses in the economy is huge,” she said.

Guyana mainly trades with the United States and Singapore.

Among Caricom countries, only oil-producing Trinidad & Tobago and Suriname show up among the 10 largest trading partners for commodity imports by Guyana, while Barbados, Trinidad and Jamaica are among the top 10 countries to which it exports goods, according to TrendEconomy data.

Hill and Edwards say the oil and gas-led economic expansion that is expected to result in GDP growth of 57 per cent in Guyana for the current fiscal year, is a game changer and one that Jamaican businesses should not miss out on.

Opportunities are also said to be opening up in the areas of hospitality training, standards development, certification and accreditation, with the Jamaica National Agency for Accreditation and Certification already in on the action in the South American country.

Additionally, Jamaican experts as well as logistics, agriculture and ecotourism operators can find plenty of business in Guyana, the government officials say.

Edwards points out that much of the trade and investment development between the two countries can happen outside the existing institutional framework of the Caricom Single Market and Economy, CSME, which some Jamaican business persons view as being slow, inadequate and fraught with bureaucratic red tape.

“Caricom has equivalences to allow labour to move and I think the Guyanese are extremely open. They are aware of some of the deficiencies within their labour market and within their capital market, and they have said very clearly to us, ‘We want you to come in and help us overcome the deficiencies in our markets, and we are happy to smooth that path for you’,” she added.

“Construction of the CSME and completion of it is a much broader multilateral Caricom issue, and that really is a question of political will. The most successful single market in the world is the European Union, and that has been years and years of harmonisation of regulations and qualifications, and mutual recognition of qualifications and standards. If we talk about really building out the CSME, the question of norms, standards, certification and accreditation become hugely important. So, there are a lot of things that we can do without even waiting on the regulatory framework of the CSME, which we know is going to take years,” the Jampro president said.

Meanwhile, Hill is looking beyond Guyana to Trinidad and the Dominican Republic as markets where Jamaican enterprises can do more business, and he says he is committed to taking the lead opening up opportunities there.

On the matter of frequent complaints from Jamaican manufacturers in particular that Caricom rules do not work for them, Hill says he has not received those complaints but urged business owners to engage him on their grouses, so that he can take the matters before the Caricom Council of Ministers on Trade and Economic Development.