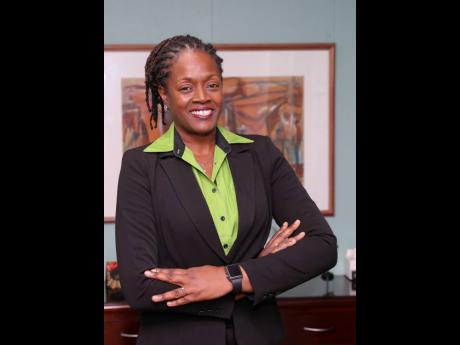 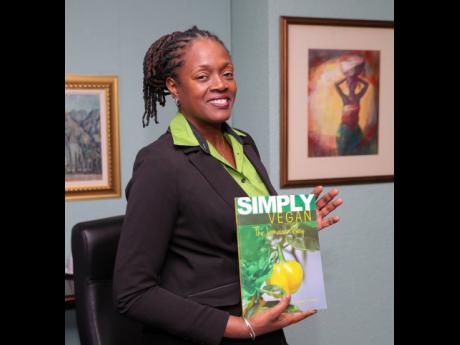 On January 29, Chorvelle Johnson completed her first year as head of Sagicor Bank, the banking outfit now known more for its friendly, personalised customer service and its efficiency, than for its chequered past as an amalgam of failed banks bought by Trinidad’s RBTT then acquired by conglomerate Sagicor Group Jamaica.

Johnson insists that the bank’s “mixed bag” history of positives and negatives will in no way constrain its growth as she ‘levels up’ the financial institution for greater profitability, market share and efficiency, in keeping with the Sagicor Group mantra for 2019.

The next level for Sagicor Bank involves a higher score than its current average customer experience rating, a significantly bigger loan book, a more secure technological platform, and growth in all key areas of its banking operations.

For 2019, too, several new products are said to be in the pipeline, some awaiting regulatory approval and others to hit the market as early as the first quarter. The bank will be seeking too, to better its 2018 top industry performance for loans to small and medium enterprises, SMEs, to which it lent $895 million last year.

Already, there are indications that Sagicor Bank will be rolling out new and bigger credit windows to SMEs as a retailer of loan funds from state-run Development Bank of Jamaica.

“There are new initiatives under way. We are continuing our ‘women in business’ segment this year and working closer with SMEs. The expectation is that we will be doing more with them,” Johnson said in an interview with the Financial Gleaner, but stopped short of giving specifics.

She added that the institution was on track to better its 2017 results in all areas, including revenues, asset growth, loans and profits. All segments are said to have contributed to improved 2018 financials, with corporate banking and SME business, payments and retail all expected to drive further growth this year.

Sagicor Bank Jamaica Limited, SBJL, holds the No. 4 slot among seven players in the commercial banking sector, both in terms of total assets and the crucial loans market, according to the most recent industry data published by the central bank. Measured by its retail banking assets, SBJL is about one-fifth the size of the largest bank, NCB.

Having commenced a thorough review of the bank’s operations in the first year, Johnson is still on the hunt for more areas that can benefit from changes to secure greater efficiency – the key mandate from her boss Christopher Zacca, the president and CEO of Sagicor Group, whose largest asset remains the flagship life insurance business.

Johnson was not willing to disclose the specific targets she has set herself in the role as head of the commercial bank, citing the competitive banking environment and not wanting her industry rivals to steal a march on her bank.

However, she said some new customer-facing initiatives are expected to be rolled out as soon as the first quarter of 2019 and that improved lines of credit, more timeliness in funds disbursement to clients, all underpinned with upgraded technology, are among her list of things to do.

The bank, under her leadership, is also growing back its mortgage portfolio, which was sold off some years ago.

“That will be a significant part of the business of the bank. At this point in time, we have no intention of selling any mortgages,” said Johnson. “We have one of the best corporate banking teams in Jamaica, and we will continue to train our teams to identify those loans we want on our books. Loan growth is the main focus of any bank. If you don’t have loan growth, something is very wrong.”

The banker is also looking at opportunities overseas, where Sagicor Group has offices in the Caribbean and in Florida.

“The possibility exists that there are areas where we can look to do syndication or otherwise. It could be loans, Mycash cards, people sending money here, and there are other things we have on the table. New products are inevitable. We have new products in the pipelines that will benefit our clients in a big way,” she said.

And what about mergers and acquisitions that have been the history of the bank? “We will be open to acquisitions. That will always be on the table,” Johnson added.

With all that has happened in one year, “it actually feels like I have been here for five to 10 years,” the bank president said as she described her year-one experiences.

But when those five to 10 years actually roll around, Johnson asserts that she would have achieved even more successes for the bank and its customers, on whom she remains focussed. “Without clients we don’t have a business,” she said.

Now Jamaica’s third-largest bank by profits, even though it was displaced to fourth in assets by newcomer JN Bank, Sagicor Bank has 16 branches across the country and a staff of just over 650 – numbers that Johnson said are not cast in stone, as the operational review continues and new modalities considered for giving customers better service.

Johnson’s thorough knowledge of corporate, investment and retail banking, honed over several years at various institutions, would have factored greatly in the decision by the Sagicor Group board to headhunt her from investment house Proven Wealth.

The trained teacher of business, who never formally studied banking, has also had several years under her belt at other financial institutions, including First Global Financial Services; Scotia DBG and its forerunner Dehring, Bunting and Golding – where she did a 10-year stint; and at Workers Bank – one of the first wholly owned Jamaican banks that was state-owned, then bought by Jamaican Delroy Lindsay, before ending up in the pile of failed institutions taken over in the 1990s by the state rescue vehicle Finsac.

At Workers Bank, Johnson said she worked “for many years as a personal financial planner, balancing tellers, working in credit, mortgages, etc.” She also did a stint in insurance at Allied Insurance Brokers.

The Sagicor Bank culture, which Johnson says is based on a focus on team and clients, augurs well for the institution’s continued success.

“I am a big proponent of teams and the teams work together well here. The culture of an organisation determines the success of that organisation,” she said.

Johnson, a vegan and published vegan recipe writer who follows a strict animal-free diet with medical guidance for optimal health, was trained at the University of Technology and completed a fellowship at Harvard University.

Sagicor is an organisation that takes care of its team members and knows how to both work and play hard, she adds.

“I have no regrets taking that step,” she said of her move to Sagicor Bank.