Easter traditions: Then and now 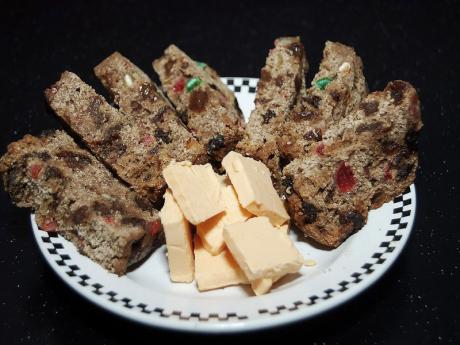 The highly anticipated Easter season is finally upon us. And while Americans look forward to telling tales of the Easter Bunny or painting Easter eggs and going on scavenger hunts, we here on the land of wood and water surround the season's festivities with the sweet indulgence of mouth-watering spiced bun and cheese.

This religious holiday carries some long-standing traditions specific to our uniquely diverse and rich culture. With most of them no longer being practised or observed, Outlook decided to take a stroll down memory lane, comparing the Easter of old to that of today.

Mercelena Moodie recalls the Easter days of eating nothing but bun and cheese on the morning of Good Friday, "Growing up, we were told that no fire is to be lit before 12 noon, since the belief was that it adds to the heat that Jesus felt on the cross. Instead, the Easter fare of bun and cheese was heavily consumed." She explained that her parents owned and operated a shop and bar in her community in Portland, and they did not open until after 12 noon. That was their way of paying respect to the tradition.

Charmaine Johnson shared in Moodie's tradition, but her family added a different element to the mix. "Because of Lent, we would fry fish Holy Thursday night so that we would not cook the following day, Good Friday. We had to attend church on Good Friday, which was scheduled to last for three hours so we took fish and bread (hard-dough) along with bun and cheese to the service and ate during designated breaks."

Valcia Dunkley delved even deeper into Easter traditions, highlighting a time of not only religion but superstition. She explained, "In my day, people would get the country fowl egg whites for purity purposes and place them in a glass with water, using sticks to make an X over the glass. This was normally done the night before Good Friday or early Good Friday morning before the sun came up. They would leave it out and when the sun rose, they would check the shape of the egg to predict their future. If they saw a plane or ship, it would mean they would be travelling in the near future. A dress would mean a wedding was just around the corner and a coffin meant death was knocking on your door.

She noted that some persons may have seen a fig tree, which symbolised the tree used in the death of Jesus Christ. During that time, she disclosed, it was said that if the fig tree was chopped at 12 noon on Good Friday, it would have run red instead of white, to represent Christ's blood.

We have come a far way from the early Easter traditions. But there are a few that are still practised, such as attending church. Janeal Bryan, though not familiar with the old traditions, knows this one very well.

"Well for me, my family always tries to make it to Good Friday service every year for as long as I can remember," said Bryan. This is the only tradition that her family really took part in. Her family was not one that ate the infamous Jamaican Easter bun and cheese.

Like Bryan, Shanique Grant remembers going to church with her family, but this was not her only tradition. "We have bun and cheese and we also watch only 'Jesus' movies and documentaries at this time," said Grant.

While most youths have made the Easter holidays into a celebration, the main course remains bun and cheese. Sheldon Jones participates in an annual bun-eating contest with family and members of the Bridgeport Progressive Police Youth Club. While Jones is in an eating contest, Najee Cameron is in a bun-making competition with family members and people from his community.

Though some traditions are depleting, there are still some that remain, as the meaning of Easter remains true in many hearts and there is something new as each generation changes.