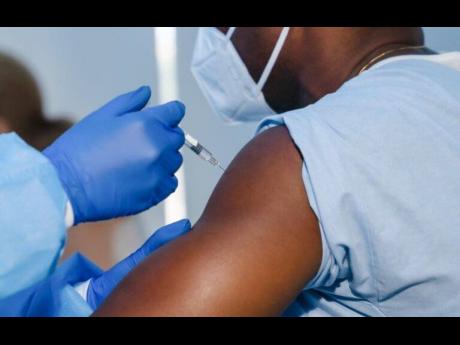 The Antigua and Barbuda Union of Teachers (ABUT) on Monday said it is not “relenting its stance” on teachers being exempt from “mandatory” COVID-19 vaccination, despite staunch opposition from the government.

In a statement, the union said that communication had been sent to the Cabinet requesting a meeting to discuss the proposed exemption.

Browne, speaking in Parliament where legislators agreed to a further 90-day extension of the state of emergency that was due to have expired on September 30, said also there were lawyers taking up those cases by the trade unions because they were seeking notoriety, while wasting the court’s time.

The government had also announced that it had given a September 20 deadline for all unvaccinated public-sector workers to show proof of having been vaccinated against the COVID-19 pandemic.

In the policy statement, the government said that the measure regarding vaccinations will include workers in the public service, statutory corporations, and companies in which the government owns majority shares.

It said that with effect from October 1, all unvaccinated public-sector employees, inclusive of statutory corporations and companies of which the government holds majority shares, shall be required to remain at home until proof of COVID-19 vaccination.

In addition, those workers “shall be paid a salary or wage for the period of non-compliance with the current policy” and that all officers and support staff of the Royal Police Force of Antigua and Barbuda and the Antigua and Barbuda Defence Force are required to be vaccinated, effective October 1.

But in its statement on Monday, the ABUT warned that it will take industrial action if there is not a favourable outcome or a formal response from the government.

Last week, the the Union of Teachers adopted a resolution opposing the government’s vaccine mandate, through a vote of the general membership.

The union maintains that it will continue to work for the preservation of the livelihood and the terms and conditions of employment of members.

Meanwhile, Chief Medical Officer Dr Rhonda Sealy-Thomas said that those who have succumbed to the virus in recent days have all been unvaccinated.

“From preliminary investigations into confirmed cases we have had here in Antigua and Barbuda, a significant number of them, between 70 to 80 per cent, even higher, are unvaccinated. In terms of the deaths, each time we do have a death reported, I personally check the vaccination register … and according to our records, persons who have died have not been fully vaccinated.

“I want to stress ‘fully vaccinated’, because persons might have gotten one dose of vaccine or even two doses; but the two-week period that would qualify them for being fully vaccinated, that criteria may not have been met,” she told a regional virtual forum on Sunday night.