With turmoil at home, more Nicaraguans flee to the US 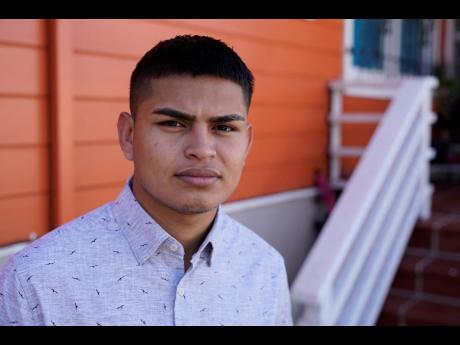 Alan Reyes Picado fled Nicaragua by bus in the middle of the night, haunted by memories of government officials harassing him, throwing him in jail and then leaving him half naked in a dumpster.

After crossing the Mexican-US border in February and being detained for two months, the 20-year-old immigrant lives in San Francisco and hopes to receive a work permit soon.

“I lived in fear and decided to seek help in this country,” said Reyes Picado, who left his partner and an eight-month-old baby in his home country.

Reyes Picado is one of the thousands of Nicaraguans the US government has encountered at the border in recent months. Customs and Border Protection (CBP) data shows a big jump in arrivals from the Central American country, which is the focus of international criticism over arbitrary arrests and the restriction of fundamental rights.

At that moment, Nicaragua was immersed in a political crisis after the government announced a plan to cut social security benefits. Widespread protests caused the government to back down, but demonstrations grew into a movement demanding that President Daniel Ortega step down after more than a decade in power. At least 328 people died during repression of the demonstrations, said the Inter-American Commission on Human Rights.

Now, Ortega is seeking a fourth consecutive term as president in elections in November and has been systematically clearing his path of potential challengers through arrests for alleged crimes against the state.

Ortega’s government did not respond to requests for comment from The Associated Press.

Hundreds of thousands of migrants from other countries have also arrived at the US border this year, as the new administration of President Joe Biden has eased some restrictions on immigration imposed under former President Donald Trump.

Other nationalities have also shown large increases, including Ecuadorians and Venezuelans. In June, more than one of four people stopped by CBP were from countries other than Mexico, Guatemala, Honduras and El Salvador.