Trump says Sudan to be removed from terrorism list 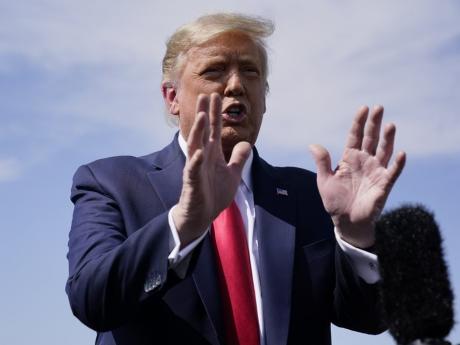 CAIRO (AP) — President Donald Trump on Monday said Sudan will be removed from the US list of state sponsors of terrorism if it follows through on its pledge to pay $335 million to American terror victims and their families.

The move would open the door for the African country to get international loans and aid needed to revive its battered economy and rescue the country’s transition to democracy.

The announcement, just two weeks ahead of the US presidential election, also comes as the Trump administration works to get other Arab countries, such as Sudan, to join the United Arab Emirates and Bahrain’s recent recognition of Israel.

Delisting Sudan from the state sponsors blacklist is a key incentive for the Sudanese government to normalise relations with Israel.

Trump tweeted: “GREAT news! New government of Sudan, which is making great progress, agreed to pay $335 MILLION to US terror victims and families. Once deposited, I will lift Sudan from the State Sponsors of Terrorism list. At long last, JUSTICE for the American people and BIG step for Sudan!”

Sudan has agreed to pay compensation for victims of the 1998 bombings of the US embassies in Kenya and Tanzania, attacks conducted by Osama bin Laden’s al-Qaida network while bin Laden was living in Sudan.

He said in a tweet the removal would come “in recognition of the historic change that has taken place in Sudan.”