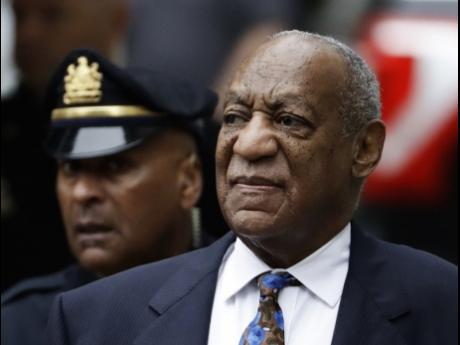 Bill Cosby lost his bid to overturn his sexual assault conviction Tuesday, as an appeals court upheld the verdict in the first celebrity trial of the #MeToo era.

In its ruling, the Superior Court upheld the right of prosecutors to call other accusers to bolster their case — the same issue that was fought over in pretrial hearings before movie mogul Harvey Weinstein’s sexual assault trial.

“This decision is a reminder that no one is above the law,” Andrea Constand, the victim in Cosby’s case, told The Associated Press on Tuesday.

Cosby’s lawyers in his appeal said the suburban Philadelphia judge had improperly allowed the five women to testify at last year’s retrial although he’d let just one woman testify at the first trial in 2017.

But the Superior Court said Pennsylvania law allows the testimony if it shows Cosby had a “signature” pattern of drugging and molesting women.

“Here, the (prior bad act) evidence established appellant’s unique sexual assault playbook,” the court said, noting that “no two events will ever be identical.”

The court went on to say that the similarities were no accident.

Lawyers for Cosby had argued eight issues on appeal, including the judge’s decision to let prosecutors use portions of a deposition he gave in the accuser’s related civil suit.

His lawyers also argued that he had a binding promise from a former prosecutor that he would never be charged in the case and could testify freely at a deposition in accuser Andrea Constand’s related lawsuit.

The appeals court rejected those arguments and upheld the judge’s classification of Cosby as a sexually violent predator.

Cosby, 82, can now ask the state Supreme Court to consider his appeal.