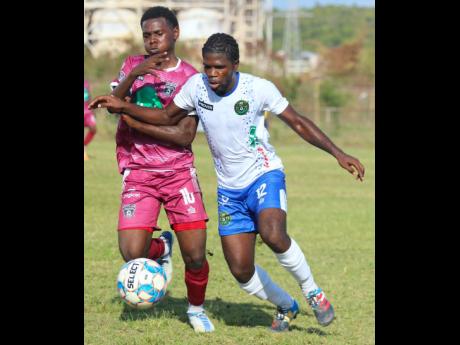 Following their $200,000 fine and six points deduction for failing to show up for their Jamaica Premier League (JPL) game against Mount Pleasant Academy on Sunday, Chapelton Maroons are crying foul following the latest developments.

Assistant coach Nigel Stewart said he was surprised to hear that the team had been sanctioned, as the Clarendon-based club said they sent an email at 11:59 a.m. on Friday to Ian Kemble, head of competitions at the Jamaica Football Federation (JFF), stating that of the 13 players they had at their disposal, six were ill and could not field a team, and was asking for the game to be rescheduled.

Chapelton also stated that their situation was further compounded by two players being transferred to another club and five players being sent home by the previous coach before he was relieved of his duties. They also outlined that nine players had refused to play and/or have stopped playing since the coach’s dismissal, and one player was away with the all-schoolboys team.

The JFF then responded to the email at 12:37 p.m. on Saturday stating that the club had 30 players registered, and failure to honour their fixture would result in the game being awarded to the opposing team and the relevant sanctions being applied to Chapelton Maroons FC.

JFF General Secretary Dennis Chung also weighed in on the matter and wrote an email to Chapelton Maroons captain Rannaldo Christian stating that, based on the rules of the game, the match could not be rescheduled as the federation understands that registered players refusing to play was not a significant reason to reschedule the game.

Christian, who has been overseeing some of the administrative duties since the departure of the manager, said he will be having a meeting with the club’s hierarchy to encourage them to pull the team from the competition based on the latest happenings.

Following the six-point deduction the Maroons have now dropped into the relegation zone of the 14-team league. They are now on two points.