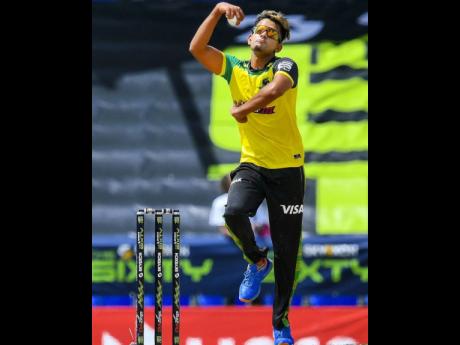 Right-arm leg-spinning all-rounder Abhijai Mansingh and fast bowler Ojay Shields are the only new faces named in a 13-man Jamaica Scorpions squad for the first two rounds of the upcoming Regional Four-Day Championship.

The Jamaica Scorpions are scheduled to play the Leeward Hurricanes in the first round and then the Barbados Pride in the second round with both matches to be played in Antigua.

Off-spinner Akim Fraser also makes a return to the squad after missing the last regional championship due to injury while seamer Marquino Mindley has also returned from injury and is expected to spearhead the pace attack which includes Gordon Bryan.

The other spinners named are Patrick Harty and Jamie Merchant with Aldane Thomas once again selected to don the gloves behind the stumps.

The batting will be led by reinstated captain Paul Palmer Jr along with openers Leroy Lugg and Kirk McKenzie, who both scored centuries in the recently concluded practice matches.

Fast bowler Nicholson Gordon has missed out due to injury while Dennis Bulli has been overlooked.

Assistant coach Nikita Miller says he expects the young team to go out and give a good account of themselves with the aim to go all the way.

“We pretty much went with the form batters with some of the experienced guys like captain Palmer and Aldane Thomas to lead the charge towards our goal of bringing home the championship.”

Miller also spoke about the new faces in the squad who are expected to perform creditably with the recent form shown in the warm-up games.

“In terms of the balance, we wanted to have that option of a wrist spinner in our squad to complement all the finger spinners that we have around and when you look at Mansingh, he offers something with the ball as well as the bat.”

“Shields is the sharpest and quickest of the lot and we think he will offer something that we didn’t have for a while in our squad. He picked up some wickets in the practice games and he is very much in form.”