Is the world closing in on China in table tennis? 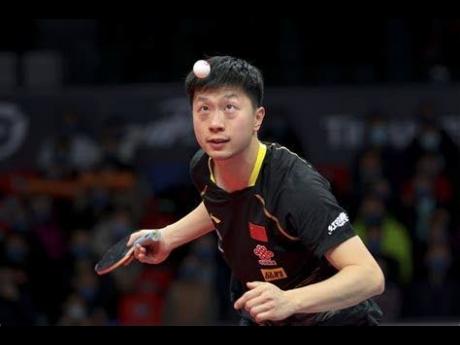 HOSTS CHINA started the World Team Table Tennis Championships in Chengdu in style with two big wins and are expected to continue their long-running dominance of the sport. However, with Sweden making inroads at the last two individual World...

HOSTS CHINA started the World Team Table Tennis Championships in Chengdu in style with two big wins and are expected to continue their long-running dominance of the sport. However, with Sweden making inroads at the last two individual World Championships, some observers think the rest of the world is catching up.

That group doesn’t include two-time Jamaica champion Peter Moo Young. “I think the Chinese team is as dominant as ever, perhaps even more so. There are probably eight Chinese who could probably make a world top 10 right now,” Moo Young said emphatically.

“I would have been salivating at the prospect of a German team with their three strong-on-paper players along with Franziska and perhaps the chopper Ruwen Filius,” Moo Young grumbled.

Lin has beaten Ma and Fan in the past, but Moo Young cautioned, “He lost to Ovtcharov for the bronze medal and, since then, he hasn’t been as dominant or as threatening to the Chinese as he used to be.”

Sweden is the last country other than China to win the event, and Moo Young says the 2000 World champions are strong on paper, with Mattias Falck and the enigmatic Truls Moregardh reaching the 2019 and 2021 World singles finals, respectively.

In addition, Karlsson won the World doubles title with Falch and beat Ovtcharov en route to the semis of the recent European Championships.

“The Sweden team is, on paper, strong,” he evaluated, “but I consider Truls unreliable and therefore I think it will be easy pickings for China.”

Though France has the promising Lebrun brothers, Alexis and Felix, 2019 World semi-finalist Simon Gauzy won’t be in Chengdu. “If Simon Gauzy is not playing, that makes France that much weaker”, Moo Young warned.

He believes China’s women are unassailable. “It will be a walk-through. China has 5 of the top 6 women in the world,” he surmised.

With both Olympic champion Chen Meng and world champion Wang Manyu on duty, the hosts cruised past Canada 3-0.

The only Caribbean team in Chengdu is Puerto Rico.