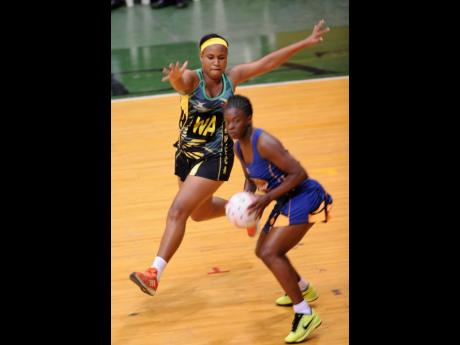 File
In this file photo from May 2017, Jamaica’s Thristina Harwood (left) attempts to block a pass from Barbados’ Teresa Howell during a test match between the sides at the National Arena in Kingston. 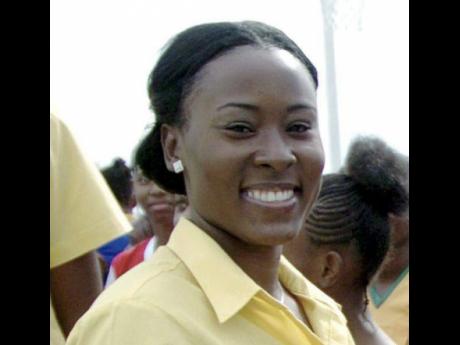 Barbados Netball Association (BNA) President Nisha Craigwell says they have passed on an invitation from Netball Jamaica (NJ) to participate in a tri-nation series next month. The series, which also involves Trinidad and Tobago (T...

Barbados Netball Association (BNA) President Nisha Craigwell says they have passed on an invitation from Netball Jamaica (NJ) to participate in a tri-nation series next month.

The series, which also involves Trinidad and Tobago (T&T), will be held from October 10-22. South Africa were also scheduled to participate in the series, but they have since advised NJ of their unavailability because of COVID-19 restrictions.

Craigwell told The Gleaner that BNA had to decline the offer because of a number of reasons.

“It is something that we would welcome with open arms, but considering that the tournament is just two weeks away, we are not in a position to accept at this time,” she said. “Financially, we cannot put support plans in place so quickly and then secondly, we have our challenges with our players training in Barbados due to COVID restrictions.

“The dates are too close to the actual playing days to commit to attending, so Barbados will not be taking part.”

When contacted yesterday, NJ President Tricia Robinson said she will not be commenting on the matter.

Barbados are ranked 13th in the world and finished 12th at the last Netball World Cup, which was held in Liverpool, England, in 2019.

The Barbadians also finished 12th at the last Commonwealth Games in 2018.

Craigwell said that if the invitation was issued earlier, then BNA would have participated. It would have been what she describes as a good test.

“This would have been a massive opportunity for us to come, but I am very sad that we are not in a position to accept it, so we definitely can’t take that at this time,” she said.

Former Sunshine Girls head coach Sasher-Gaye Henry said despite withdrawal of South Africa, and Barbados turning down NJ’s invitation, she is expecting an intriguing series between the Jamaicans and T&T.

We don’t know what both teams are like, with the fact that they have been out of competition for so long,” she said. “We have a number of players who have been playing in Australia, and they (T&T) also had some players playing Down Under, so it should be a really exciting series based on that.

“It is just sad that we couldn’t get South Africa in and Barbados could not fill the void, and I think that both teams in the series just need to go out and do their best.”