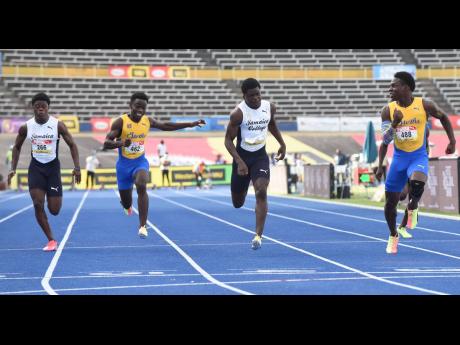 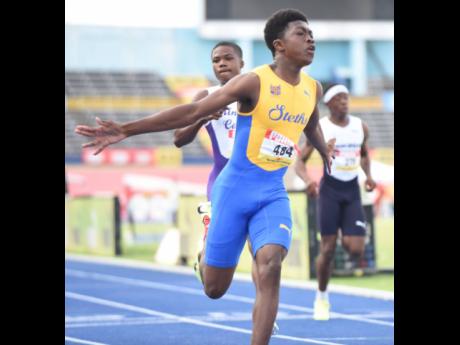 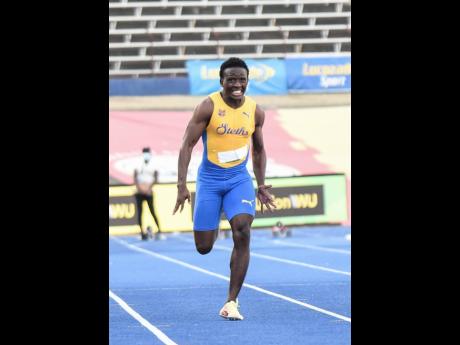 It’s a performance that has left head coach Reynaldo ‘Journalist’ Walcott, brimming with pride, especially as it relates to the victory of Class One champion, Sachin Dennis.

“For me it was humbling feeling. We talked about it but we did not focus on it as we took it one race at a time as although we decided to go for it, the guys did not lose their focus,” said Walcott, who also coaches sprinting legend Shelly-Ann Fraser-Pryce.

“It is very difficult but all three was special, but I must add though that the final two would have been at the top, especially the final victory, where Dennis won, as he has been through a lot. After winning in classes three and two, he has gone through a tough period, with injuries and a lot of stories off the track being written about him,” Walcott added in reference to reports Dennis was being courted to represent another country.

Dennis won his final in 10.53 seconds in a -2.3 wind, after Class Three athlete Tramaine Todd started the show by winning in 11.03 seconds and Class Two sprinter Orlando Wint, taking his event in 10.76 seconds.

Meanwhile, Walcott says he has mixed feelings about his team’s performances so far at the championships.

“It has been mixed feelings for us so far as we have dropped some crucial points but we have picked up some in other places we were not expected to score and coming to the championship this year, the aim was to finish in the top four as we wanted to move up from our normal fifth placed finishes. We are hoping to stay positive for the remaining days,” he said.

STETHS closed Day Three in fourth position on 70 points on the boys’ side.