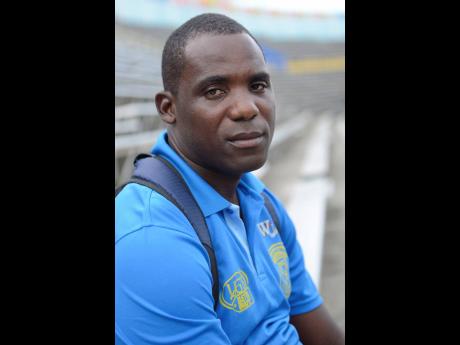 For many high-school track and field coaches from rural Jamaica, getting their athletes prepared for the ongoing ISSA/GraceKennedy Boys and Girls’ Athletics Championships (Champs) during a season of uncertainties was certainly a test of commitment and resourcefulness.

From having to coordinate long trips to and from training sessions for student athletes to using day-to-day items such as school benches to conduct strength-training exercises, coaches and athletes from some of the less-supported programmes have had to rely on their creativity and resourcefulness to make it to Champs.

Like all schools, the COVID-19 pandemic has in some way, shape or form affected preparations leading up to Champs this year, with a late start to the junior track and field season in February and the three weekend lockdowns which suspended events in mid-April, all proving challenging.

Rodrick Miles, head coach at Rusea’s High School, has been fighting an almighty battle to get his team ready for Champs.

“One time I couldn’t use the gym until January. I had to have them outside on the field, sometimes in the mud. Actually, we had to do a makeshift gym. We had to bench press on a (school) bench,” Miles told The Gleaner. “It has been a very difficult season. One of the things that also (affected) us is that I didn’t get to spend a lot of time with them.”

Despite the heavy burden, Rusea’s managed their first gold of Champs 2021, as Leonie Samuels claimed victory in the Class One shot put final on Wednesday, with a distance of 13.21m. Lavanya Williams, 12.18 seconds, also won gold in the Class Three 100m for Rusea’s.

Miles says he has been forced to spread himself thin all season, with no help to share the heavy coaching workload.

“I had to be coaching everything. I didn’t have any assistants. The parents were basically (helping) to take care of the programme. I lost all of my coaching staff, so it has been very difficult, to be honest,” Miles said.

What has kept the coach going is his commitment to his athletes, knowing that they need the opportunity for college scholarships and how important this championship would be to them in their personal development.

“One of the things about these athletes is that they have been with me from they were young and I knew that they needed the opportunity for them to go to college,” Miles said. “Most of them come from inner-city Montego Bay, very poor youths. There is no other option. They can’t go to a community college. Although it has cost me a lot of money and a lot of resources, personally, I couldn’t let them down because they are relying on me as an adult.”

For Manchester High School coach Michael Edwards, it has also been a juggling act, with limited opportunities for training sessions for persons having to travel long distances in the absence of a training camp.

“We had persons coming that were (travelling) to training from as far as Trelawny and it’s not an easy road to get the kids to come to training,” Chambers said. “We can’t train for long periods and then we have to finish training as early as possible so that the kids can get home.”

While grateful for the opportunity to compete, Chambers admits that they entered Champs in the worst of competitive shape.

“It is an uphill task. I’m glad that we have a Champs this year but, trust me, in terms of preparation, we are way off,” Chambers said.

Up to midday yesterday, Sheree Wright, who finished fifth in the Class One Girls high jump final on Tuesday, was the only finalist on the female side for Manchester High School.