Grennell pitches ‘What if’ campaign to boost road safety 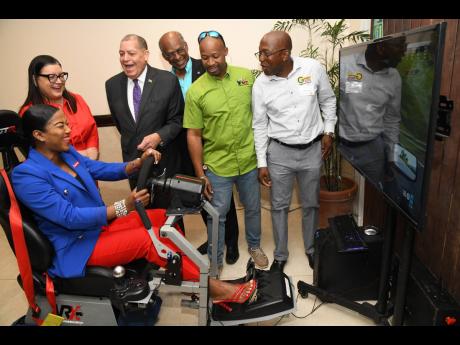 With road safety experts suggesting that a rigorous programme giving public transport operators defensive driving lessons could help in restoring order to the island’s roads and reduce fatalities, Alphonso Grennell has stepped up to action the idea.

The managing director and trainer at Grennell’s Driver Safety Training & Services Limited on Monday gathered stakeholders, including taxi operators and others who operate daily on the roads, for Grennell’s Driving School’s inaugural Crash-Free 2023 Defensive Workshop.

Roughly 135 drivers, some of whom are supervisors for other motor vehicle operators, participated in the session.

Grennell said that based on a sampling during his lecture with the participants at the workshop, 80 per cent seemed to be risky drivers.

With at least 13 lives lost in 11 road crashes a mere 23 days into the start of the year, Grennell pleaded with stakeholders and drivers to incorporate a one question-type approach: What if?

He believes this ‘What if’ can become Jamaica’s crash-protection technique and a campaign to keep drivers mentally alert and armed with a plan of action.

“That ‘What if?’ question means that you’re going to drive in such a way, that, if it is that case, you can stop in time to avert it. Even if you’re following behind another vehicle, you can ask yourself the question, ‘What if this driver in front of me stops suddenly? Do I have enough space to stop so I don’t run into his back?” questioned Grennell.

He added that this strategy keeps the driver focused on driving and all the possibilities in a scenario so they are prepared in order to avoid a crash,.

Kirk Williams, transport manager at The Gleaner Company (Media) Limited, who was one of the 135 participants, committed to sharing this ‘What if?’ strategy with other drivers of the multimedia company.

“’What if?’ it throws you into a defensive mode because once you mention ‘What if?’, you start to think. ‘What if a cow is around the corner? What if a truck broke down around the corner?’ and that triggers in your mind [that you should] slow down,” Williams said.

“Last year, we ended with an astonishing 488 fatalities. That is one of the highest figures recorded over the years,” he noted as he gave a breakdown of the figures. “We must all work together to ensure that this year does not follow the same path.”