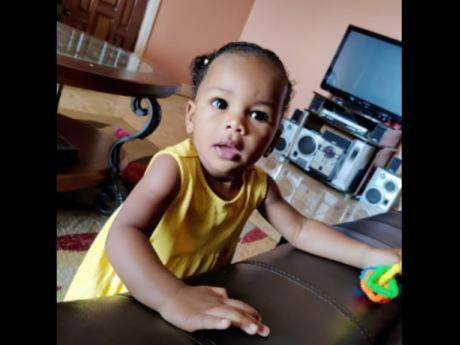 The infant was found unconscious in the car hours later, and was rushed to the Black River Hospital, where she was pronounced dead. - Contributed photo

The committal hearing for Detective Sergeant Sheldon Dobson, the policeman whose infant daughter died after being locked in a car at the Black River Police Station last January, will continue in the St Elizabeth Parish Court on February 28.

Dobson, who is charged with manslaughter in relation to the child's death, got the new date and had his bail extended after the hearing was part heard on Tuesday.

“We expect that on February 28, the proceedings will be completed and the judge will make a decision whether the case should be committed to the Circuit Court,” attorney-at-law Thomas Levine, who is representing Dobson, told The Gleaner.

According to reports, on January 18, 2022, Dobson was expected to take his daughter to day care, but he allegedly forgot and went to work at the Black River Police Station at 8 a.m., leaving the child in his car.

The infant was found unconscious in the car hours later, at 4 p.m., and was rushed to the Black River Hospital, where she was pronounced dead.

It is understood that the child was normally left in the care of her grandmother, but was enrolled in day care after the elderly woman fell ill.