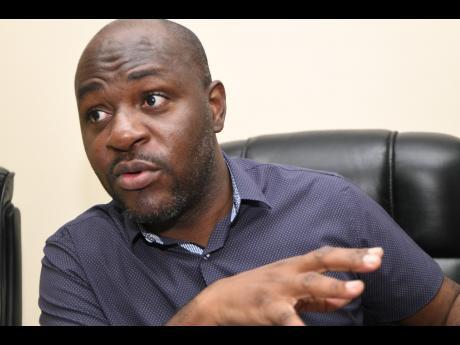 Head of the Firearm Licensing Authority (FLA), Shane Dalling, is reminding members of the public that gun permit fees should only be paid to the entity's office.

The reminder follows the court appearance on Friday of a man who has been charged for impersonating an agent of the FLA.

"The public should note that the FLA collects $12,500 as application fee and the accused in question has no affiliation with the FLA, therefore we will help the police to prosecute the case if necessary," Dalling said.

Thirty-five-year-old Denton Deans of Spanish Town, St Catherine, has been charged with obtaining money by false pretence and fraudulent conversion.

He is accused of collecting $150,000 from a man to provide him with a firearm permit.

He was remanded until December 13, when he appeared before Judge Tracey-Ann Johnson in the St Catherine Parish Court on Friday.

The court was told that the police were investigating three similar offences involving the accused.

It is alleged that on April 24, 2022, the accused convinced the complainant he could secure a gun permit for him from the Firearm Licensing Authority.

He was presented with an application form and told to pay $100,000 and provide three photographs to complete the process.

The transaction was done at a gas station in Portmore, St Catherine.

A further $50,000 was collected from the complainant.

A complaint was made to the police after the accused failed to deliver the permit and provided several excuses.