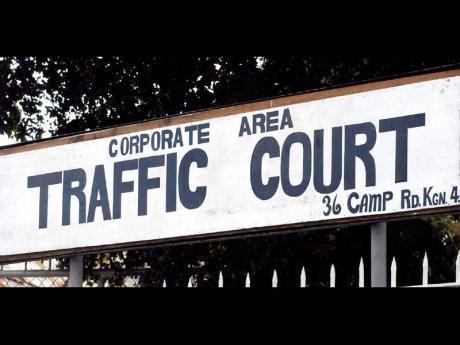 Starting next week, road traffic violators in the Corporate Area will find themselves being taken before the traffic court at night and on Saturdays.

The Court Administration Division today announced that the Night Court and the Saturday Court of the Corporate Area Traffic Court are to commence sittings effective Monday, December 5.

It says the Night Court will be held between 5 p.m. - 9 p.m. Monday to Thursday.

And sittings of the Saturday Court will be held between 9 a.m. - 1 p.m.

Persons with outstanding traffic tickets are being urged to contact the Corporate Area Traffic Court.

Yesterday, Justice Minister Delroy Chuck, speaking at a Justices of the Peace commissioning in Ocho Rios, St Ann, declared that the government would be cracking down on traffic violators.

He stated that there are approximately one million outstanding traffic tickets.

Chuck said the tickets are being sorted out and will be on the justice ministry's website.

Violators will be caught and taken to court, he warned.

He also used his presentation to dismiss calls from public passenger vehicle operators who have been demanding an amnesty on outstanding traffic tickets, telling them it is a matter for the court and not the government.

How to get information on outstanding traffic tickets