Fresh round of SOEs not off the table - Holness 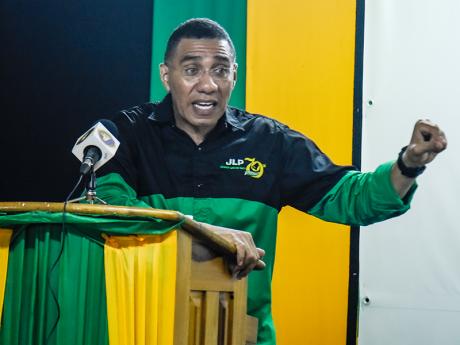 The current SOEs will come to an end at midnight Monday, November 28. - Nicholas Nunez photo

Prime Minister Andrew Holness has warned that if there is heightened threat to public safety, the Government may again place areas under states of emergency (SOE).

The Government imposed SOEs in seven parishes across the island on November 15 for a period of 14 days, but was on Friday disappointed when it did not get the Opposition's support in the Senate for continuation of the measures.

Speaking at the JLP's Central Executive meeting, held at the party's St Andrew headquarters on Sunday, Holness said, "The question has been asked, 'Why not call another State of Public Emergency?'"

"That has to be considered carefully. I would say it is not off the table, but we will consider it very carefully. If circumstances give rise to it, if we see that our resources are stretched, if we see a spike buffering, if actions are taken or threatened to be taken that will substantially create a threat to public order and lives, this Government will act," Holness said.

The current SOEs will come to an end at midnight Tuesday, November 29.