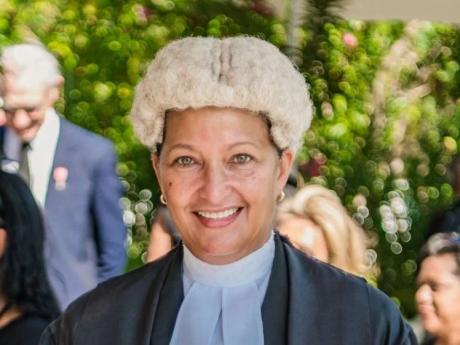 Jamaican jurist Margaret Ramsay-Hale has been appointed as Chief Justice of the Cayman Islands.

In making the announcement, Governor Martyn Roper said the appointment will take effect on October 26.

She is to replace Chief Justice Anthony Smellie, who is also Jamaican.

Smellie, who has served on the judicial bench in Cayman since 1993 and as chief justice since June 1998, is retiring.

Ramsay-Hale, who is the daughter of Jamaican legal stalwart Ian Ramsay,  will become the first female chief justice in the Cayman Islands.

She was also the first female chief justice of the Supreme Court of the Turks and Caicos Islands.

Before that, she was the first female puisne judge in the TCI.

Ramsay-Hale was called to the Bar in Jamaica in 1991 and started out in private practise and later became a Crown Counsel at the Office of the Director of Public Prosecutions in 1994.

She also served as a resident magistrate and a family court judge.

In Cayman, she served as a magistrate and later as chief magistrate.