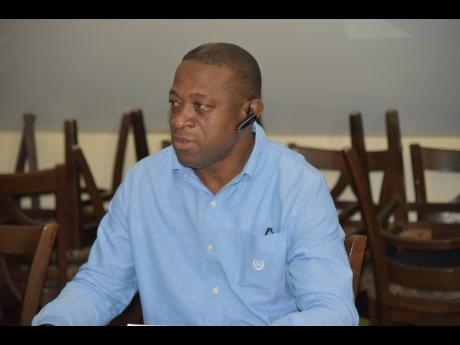 SIX MONTHS after his stinging rebuke of George Wright, the independent member of parliament for Westmoreland Central, for attempting to attend a private meeting of the Jamaica Labour Party (JLP) Area Council Four, Deputy Leader J.C. Hutchinson is now predicting his return to the governing party.

Hutchinson, while bragging about his party’s sweep of Westmoreland in the September 3, 2020 general election, said that Wright will soon be back in the party.

“And the third MP, the independent Labourite who everybody knows that he has taken a short leave from the labour party and he will soon be back, George Wright, the third person who won on the labour party ticket,” Hutchinson declared.

The JLP deputy leader made the declaration while addressing a recent Myersville divisional meeting of the party at the Nain Basic School in St Elizabeth to rally support for Delroy Hutchinson, the party’s standard-bearer in the upcoming local government polls.

However, when contacted for a response on Wednesday, Wright refused to speak to his pending return to the JLP.

“I have no comment on that one now, sir,” he said when pressed for a response.

Wright, who resigned from the party last year after being sidelined by the JLP’s parliamentary caucus, was publicly ostracised for allegedly not admitting to being the man seen in a viral social media video using his fists and a stool to hit a woman.

Both Wright and his common-law partner, Taneisha Singh, made preliminary reports of a brawl to the police, but an investigation crumbled after both declined to cooperate.

Wright has neither confirmed nor denied that he was the man seen in the video.

The embattled MP was swiftly rebuked and turned away when he turned up for a JLP meeting at the Godfrey Stewart High School while a private session was under way in February this year.

“This is a labour party session, and we did not invite any outsiders, more so, one who is not a member of the JLP,” Hutchinson told The Gleaner at the time.

According to Hutchinson then, word came to the head table that Wright, who is now an independent MP, had entered the room and Area Four Chairman Floyd Green immediately instructed that he should be excluded.

“He was not supposed to be here, and if I had seen him, I would have done the same thing because he is not a member of the Jamaica Labour Party,” the JLP deputy leader insisted in February.