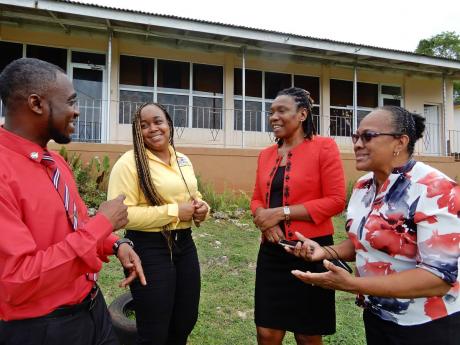 Several teachers benefited after attending a two-day workshop on positive discipline, which was part of a series of workshops being presented by Life Skills Publishing and Consultancy Services (LSPCS) that are based on the Positive Youth Development Policy.

It was the second workshop following one that was held two weeks ago that focused on emotional intelligence and emotional literacy.

Principal of Maldon High, Janet Manning, who attended this week’s workshop, said the staging of the seminar was timely and beneficial.

“It was timely. This has always been something that school leaders would have clamoured for, this type of workshop, now more so than ever because we’re seeing the rise of some very worrying behaviours coming out of our youths and a number of people are blaming the pandemic. A number are saying this is something that has come out of probably years of treating with things differently,” Manning told The Gleaner at the end of Wednesday’s session.

She said she would now take back a new focus to Maldon High School, which has a population of about 1,000 students and 53 teachers.

“For me it would be focusing on the positives in the children rather than the negatives,” she explained.

“One of the things that came out today was that (we should) flip the coin. Don’t focus so much on the bad behaviour, try to find something positive and seek to find parents or their support system and let them know that, listen, today he didn’t come to school at 8:30 or 9, but probably at 8, so there is something positive there. It is a way to see if we can push the undesirable behaviours further away by encouraging the positive ones and that for me is a big, big thing.”

Founder and chief executive officer of LSPCS, Anisa Wilson Smith, said the concept of positive discipline is a way of changing the culture of violence aimed at our children under the guise of discipline.

“We’re seeing what’s happening in Jamaica and the Caribbean, especially as it relates to violence and we have this mandate to educate the population about the importance of social and emotional learning and positive youth development. That’s the philosophy that we use to guide our work,” Wilson-Smith said.

“Today’s focus was on positive discipline. It’s no secret that we’re seeing the displays of indiscipline in our schools, in the society, homes, communities, all over.

Wilson-Smith said she does not support corporal punishment, but instead supports positive discipline.

“We believe that if we can change that culture of violence towards our children, then we can have a better society. There is a different way, we don’t need to beat them, we don’t need to embarrass them for them to conform,” she pointed out.