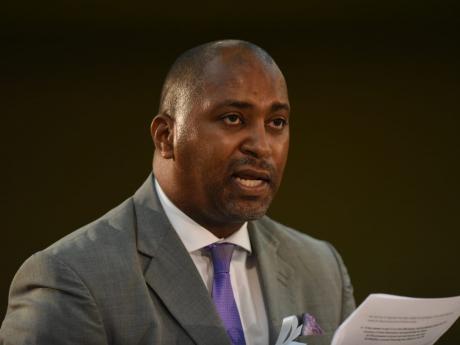 The Auditor General's Department has been asked to meet with the Jamaica Customs Agency to discuss issues arising from a damning report on bunkering operations and private bonded warehouses.

In issuing the request today, chairman of parliament's Public Accounts Committee (PAC), Julian Robinson, directed the department to report back to the committee within three months.

Both parties were at odds during this morning's committee meeting to review the Auditor General's Department's special audit report on customs bunkering operations and private bonded warehouses.

Robinson said the parties were “miles apart” and that the situation does not provide comfort to any committee members.

“Of all the issues raised, only one from the auditor general's perspective or two have been resolved. The majority of them remain in view and the PAC is interested in ensuring that those issues are resolved,” Robinson said.

The damning report, which was tabled in parliament in November 2021, found violations of laws that have resulted in more than $2 billion in financial exposure and more than $500 million in uncollected revenue.

The AGD carried out the audit covering the period 2016 to 2021 based on allegations made by a whistleblower under the Protected Disclosures Act.

The whistleblower claimed that Bunker Fuel Operator (BFO) 1 has been using its status as a Special Economic Zone (SEZ) operator to import items without the payment of the required import duties and general consumption tax.

At today's committee meeting, auditor general Pamela Monroe Ellis said the issue at hand is for customs to admit that it has gone “woefully wrong” where the control processes surrounding BFO1 are concerned and improve the systems.

She argued that there were inconsistencies in the implementation of the standard operating procedure as her department was satisfied with how all the matters were managed with Petrojam, the state-owned oil refinery.

Customs commissioner Velma Ricketts Walker did not agree with the auditor general's comments.

“I do believe that the systems that we have surrounding electronic, surrounding documentary and surrounding physical are robust. There are issues that we will continue to look at because there is no 100 percent foolproof system and so we always continuously review,” she said.

Monroe Ellis said her department was also unable to confirm some of the allegations made by the whistleblower.

“It's just unfortunate that we received a whistleblower concern in relation to BF01 and we were not able to substantiate anything because the transparency around that particular importer is really weak,” she said.