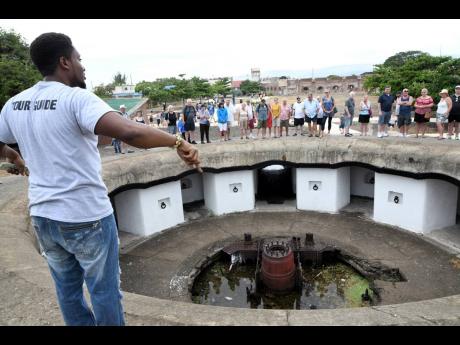 The new omicron variant of the virus which causes COVID-19 is creating anxiety among tourism interests in western Jamaica, as cancellation numbers increase steadily amid its spread across the world and resulting travel bans.

The omicron variant has so far been detected in dozens of countries since it was first flagged in South Africa over a week ago. Among the countries finding the variant among samples are several source markets for Jamaica’s tourism industry.

Jamaica has also joined several countries in instituting travel restrictions on persons coming from a number of affected regions, particularly in southern Africa, as travel experts lower their expectations for the traditionally busy winter tourist season.

“There are some cancellations because of airline concerns, but we are not overly concerned yet. This is normal when you have a change in the market; there is usually a knee-jerk reaction,” one industry player with intimate knowledge of discussions at Jamaica’s tourism ministry told The Sunday Gleaner.

“At this time, we don’t see it as anything significant, but until everybody knows what is really happening, people are just a little concerned of what the variant will be and how it will affect travel, so there is some apprehension or tension in the market at this time,” added the person, who asked not to be identified.

Jamaica had been anticpating a bouyant winter season, with the Jamaica Hotel and Tourist Association last week projecting 65 per cent occupancy.

Hotel and bond store supplier Sunil Vangani, who was forced to close his Ocho Rios-based operation in St Ann as the pandemic intensified, said news of the emergence of omicron is creating anxiety among his clients.

“Yes, I am very concerned about this new variant and hotels have started to panic,” Vangani told The Sunday Gleaner. “We are pretty much ready and looking forward to the winter tourist season, because we had no visitors last year, but this new development is a real concern.”

But experienced tour operator Lenbert Williams, owner of the One Love Bus Tour in Negril, Westmoreland, said he has not yet received any cancellations and is still anticipating a good season.

“I don’t see the Joe Biden administration [in the United States] imposing serious travel restrictions at this time. That would be very unpopular and would be seriously resisted by the travelling public,” Williams stated. “I can just see industries that have an interest in tourism pulling out all the stops to lobby government to ensure that this lucrative market remains open because the Caribbean is well sought-after at this time.”

Since omicron emerged, Japan, Israel and Morocco have temporarily barred all foreigners; while in the United Kingdom, international arrivals must a PCR COVID-19 test and return negative results.

Locally, following last week’s alert of the new omicron variant, Jamaica issued travel restrictions from Botswana, Eswatini, Lesotho, Malawi, Mozambique, Namibia, South Africa, and Zimbabwe, from which all visitors within the last two weeks who are not citizens or permanent residents of Jamaica are not allowed entry.

“All Jamaican citizens or permanent residents who have visited the named countries within the last 14 days will be allowed entry, but will be subjected to mandatory testing and state-supervised quarantine for no less than 14 days,” Jamaica’s health minister, Dr Christopher Tufton, said last Thursday.