Any time is miracle time 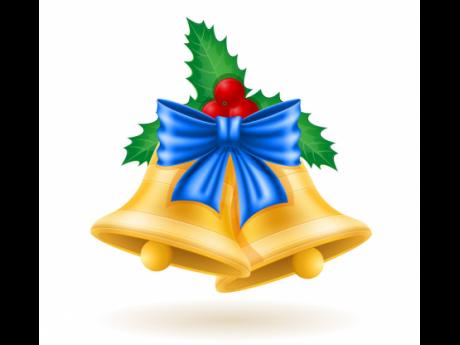 Right now, so many things give us reason to be hopeless, but Christmas always brings with it the promise of better. It is and has always been the season of miracles. Today, we will look at a little-discussed Christmas miracle. “In the time of Herod king of Judea there was a priest named Zechariah, who belonged to the priestly division of Abijah; his wife Elizabeth was also a descendant of Aaron. 6 Both of them were righteous in the sight of God, observing all the Lord’s commands and decrees blamelessly.” Luke 1:5-6 (NIV)

Zechariah the priest and his wife Elizabeth were an elderly childless couple. As a priest, Zechariah was among the religious elite. A priest only officiated at the sacrifice once in his life. He would offer sacrifices to God and attend to the various religious duties in the temple. In His goodness, the Lord used this specific timing to make a divine miraculous move in Zechariah’s life.

The scripture indicates that Zechariah’s life was marked by his dedication to God. “… observing all the Lord’s commands and decrees blamelessly.” What his neighbours and fellow priests would have seen is a man that didn’t compromise on his faith. Zechariah was honoured by God, as the scriptures testify that he was “righteous in the sight of God”.

The angel appeared to him and said “Do not be afraid, Zechariah; your prayer has been heard...” Luke 1:13 (NIV). Zechariah was a praying man, who God thought well of. So if anyone should have been in expectation for a miracle, it should have been Zechariah. The angel delivering the message of the miracle appeared when Zechariah was lighting the incense in the temple, which represented the prayers of God’s people. This was a spiritually powerful time for the Jews.

“Then an ang el of the Lord appeared to him, standing at the right s ide of the altar of incense. 12 When Zechariah saw him, he was startled and was gripped with fear. 13 But the angel said to him: “Do not be afraid, Zechariah; your prayer has been heard. Your wife Elizabeth will bear you a son, and you are to call him John.” Luke 1:11-13 (NIV)

1. The gift of miraculous vision – It’s easy to take it for granted, but seeing an angel is a miraculous occurrence. Every moment of every day there are angels on assignment, operating in our lives. Angels assigned to each of us, protecting and keeping us, but most of us don’t see them. God has to give us that ability.

2. The gift of miraculous hearing – God had to empower him to hear the angel.

3. The gift of the miraculous pregnancy – “… they were childless because Elizabeth was not able to conceive, and they were both very old.” Luke 1:7 (NIV)

God not only chose to bless Zechariah in this miraculous way, but also gave him a strong prophetic word about the child. Zechariah was told that the child’s name was to be John, meaning ‘YAHWEH is gracious’ and that he would be a joy to many people and great in the sight of God.

A miracle can happen on any given day. Zechariah was faithfully serving the Lord as he usually did. God answered his prayer at a time when it would have seemed most impossible because not only was his wife unable to conceive, but they were old. God doesn’t forget our prayers, He moves in miraculous ways for His faithful servants. It can happen any day.