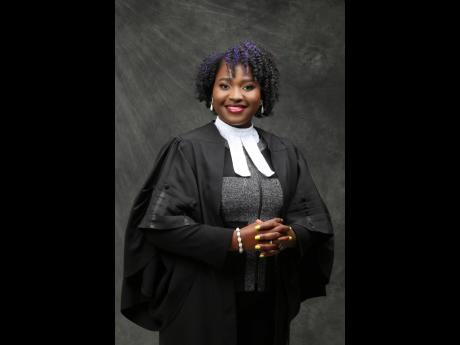 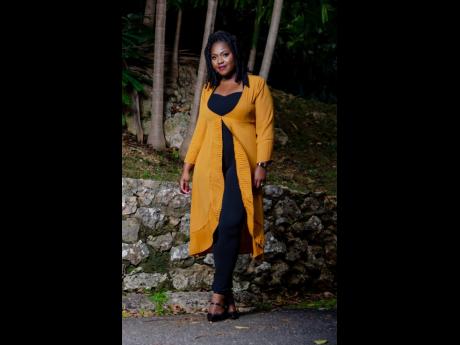 Ann-Monique Bailey Hutchinson said for years she struggled with having a "perfectionist mindset", which led her down an unnecessarily long and winding journey in life.

With the high expectations she placed on herself and others in her immediate circle, Hutchinson said that it was only after a while that she realised that some of her over-the-top expectations were downright unhealthy, others were simply impractical and well outside of her God-given purpose.

“Still, the inability to meet some of my own expectations left me anxious, frustrated and feeling unaccomplished in certain areas for years. So I dodged compliments and dismissed achievements that were not what I wanted them to be, including an upper second class honours pass when I did my Bachelor of Laws Degree at UWI, Cave Hill. I was quite ungrateful, to be honest, and more than a little prideful, now that I think about it,” she shared with Family and Religion.

Hutchinson's drive for perfection saw her holding people to impossibly high standards, which caused tension in her relationships.

She recalled an incident a few years ago, when she was a choir director at her former church in St Thomas, and one of the young choir members mentioned how much of a perfectionist she was in her efforts to get the choir ready to minister and how much pressure it was putting on them.

She said it was at that point that she realised how her tendencies were affecting others, and it made her uncomfortable.

“I wanted to do everything perfectly, and I thought I was, but I didn’t, and I wasn’t. This stopped me from doing so much, including publishing any of the fictional books I’ve been writing since I was about seven or nine years old. I knew I was fighting a losing battle with this perfectionism ideology, but pride can be such a blinder, and so can self-imposed, unrealistic expectations,” she said.

It is this journey on perfectionism that has now seen Hutchinson penning the book Paralyzed by Perfection: Made by Mistakes as she opens up about the weight of perfection on her shoulders realising that it was doing more harm than she thought.

According to her, she is now at a place where she is ready to share the lessons learned from her mistakes. She can now accept that her failures and mistakes are an inevitable part of life.

“As a professional, and as a woman, especially in law, the pressure to be perfect is real! Before I joined the public sector, I practised at the private Bar and I had a few male clients openly refusing to retain me because, for one, 'I looked too young', or according to another middle-aged man, he didn’t want 'a woman lawyer', bringing with it additional pressure to be perfect.

Hutchinson said she finally got to that place in her life through a lot of help from God and her husband, Leroy Hutchinson.

“Life itself gave me quite a few kicks in the right direction. It used two excellent tools called maturity and reality. So definitely, the combination of help from these sources allowed me to finally finish writing my first published book,” she said.

Sharing her hopes for the book, Hutchinson said she wants readers to know that they can grow, even in the cracks of life.

“These cracks are unfortunate situations, failures, sickness, losses, and betrayal. They are the negative things that would generally swallow us whole, but I want my readers to remember that they don’t have to leave the race when cracks appear on the track. Instead, take as many lessons as possible from these cracks, use them as pointers to continue the growth journey, and cheer yourselves on, even if no one else is willing to do so,” she shared.

Born and raised in a community called Stanton Housing Scheme in St Thomas, Hutchinson is a member of the Church of God of Prophecy for 23 years and has been serving as a youth and young adult ministry director since age 17. She also volunteers her services to the legal team at the Church of God of Prophecy in Jamaica and the team at Operation Youth Reap Limited, a non-profit youth, evangelism and mentorship organisation founded by her husband.