J’can businessman among 100 Most Influential People of African Descent 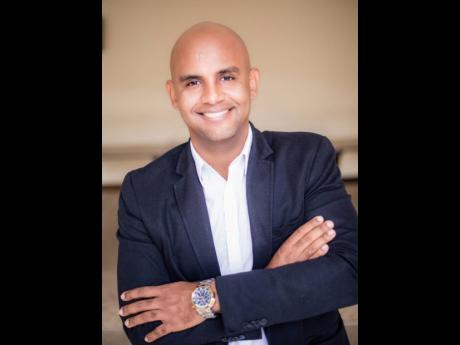 When Kirk Anthony Hamilton brought his knowledge of tech and innovation into the Caribbean in 2016, they weren’t big talking points in the market.

No big tech company, with the exception of Microsoft, had a presence here, and there was very little in the way of start-up investment happening in the region.

But Hamilton’s successes in creating non-government platforms that have become movements in mobilising stakeholders around the world have borne fruit, as he is recognised as one of the 100 Most Influential People of African Descent (MiPad100) Under 40, for business and entrepreneurship.

The Most Influential People of African Descent is an annual list that celebrates and recognises Africans and members of the Diaspora’s most brilliant personalities who are performing excellently and creating a positive impact in their communities across the globe. The platform has been created in support of the United Nations International Decade for People of African Descent, 2015-2024.

“I am extremely honoured,” shared Hamilton. “I am from a diverse background and proud of my heritage. I have stood in strong admiration of Africa’s efforts to transform its image from a continent with an aid-based economy to that of a resource and opportunity-based economy.”

He said that this unfolding story has, in part, inspired his ambitions and visions for the Caribbean and the work being done to unlock the potential of the region.

“For this work to be recognised by a global platform like MiPad is truly validating and empowering. I look forward to increasing our impact in the years to come,” he added.

This year’s theme is ‘Amplifying Global Black Narratives’ and the list features people in Politics & Governance, Business & Entrepreneurship, Media & Culture, and Humanitarian & Religion. This year’s list also has 100 creatives across various categories in support of the United Nations International Year of Creative Economy for Sustainable Development.

Speaking on CNN, MiPad CEO Kamil Odolog said: “We exist all over the world, sometimes in unexpected places and it’s OK to disburse around the world, but what is not OK is the disconnection. So we’re stepping in and building this ecosystem of the best and brightest people from African descent around the world to foster collaboration.”

The St Andrew-rooted Hamilton, who left Jamaica with his parents to Barbados just after entering Campion College, told The Gleaner that what qualifies him on the influential list is the work carried out in mobilising stakeholders around the globe to share their resources with the region, while driving collaboration between local entities with a focus on industries that have not met their full potential.

“We’ve worked independently to shift the region’s global image, which has resulted in numerous features in publications such as Forbes and Inc casting the region as more than sun, sand and sea. Jamaica, especially, struggles with dual, gritty global image as a violent, poor country. This work has also been recognised by President Obama at the White House and the World Economic Forum in Davos,” he explained.

The fact is, Hamilton and his team have partnered with just about every major tech brand, offering people of the Caribbean access to their resources.

“Most would say without our platform, this would be out of reach. Our tech accelerator is seeing digital economy companies raising millions of US dollars at unprecedented levels and from places as far as Silicon Valley,” he revealed.

Additionally, he said they had seeded or facilitated deals in real estate, finance, hospitality, energy and other industries.