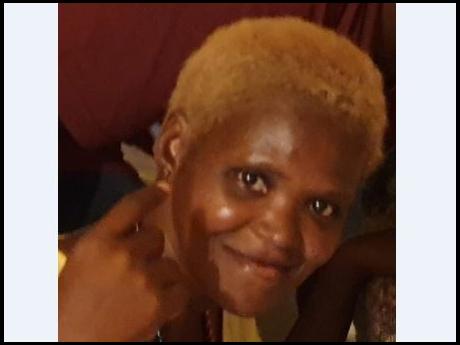 The family of 47-year-old Paula Morgan, who went missing last Wednesday, was overjoyed after receiving news today that she was found.

Her brother, Daniel Morgan, said that he received the call about his sister's discovery from the police post at the Kingston Public Hospital (KPH) shortly after 1:45 this afternoon.

He said the police informed him that a nurse recognised his sister from a Gleaner article this morning about her disappearance, who then contacted personnel at the police post and informed them that Paula was being treated at the hospital.

“I thought I was in a dream; I couldn't believe it to be honest with you. I was wondering what day of the week it was. It was frightening and I was so overjoyed. I had to go run down there myself because I needed to see her myself to believe it,” he told The Gleaner.

The last time he saw his sister was when he left their home for work on Wednesday, October 13.

Paula, who resides in Monza, Portmore, St Catherine, was reported missing on Saturday after she failed to return home.

It was stated by a friend that she went to attend a nine-night in the vicinity of Ocho Rios, St Ann but she never arrived.

However, in a bizarre turn of events, Daniel stated that his sister was being treated at the KPH from last Wednesday as she turned up at a clinic feeling unwell.

Hospital staff explained that they were unable to contact him as the only information his sister remembered was her brother's name.

This is not the first time his sister had left home for an extended period of time.

But Daniel was quick to point out that this occasion was different as she normally would return within three days.

Additionally, she did not leave home with her medication for her mild depression.

Daniel said he was excited to be reunited with his sister.

“It was like a family reunion. I was quite elated. She was happy and we ran up and hug each other. It was like we have never seen each other for years.”