How the police moved in on the deadly MoBay ritual 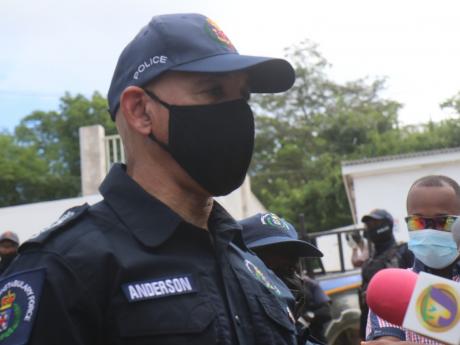 Anderson: “We were very concerned that some form of ritualized killing was going to take place here."

Speaking with reporters this morning outside the building where the religious gathering was held, Anderson said the police were called by an injured congregant.

He said the woman was injured after she disobeyed instructions given to her by leaders of the religious group.

VIDEO: When the police responded

The commissioner said other information was also provided that led the police to believe that persons were at risk.

“We're aware that 144 congregants had been told to come here and on responding to that report from the person who was injured, the first team of police who arrived were shot at,” Anderson said.

He said the cops waited on reinforcement before they entered.

“We were very concerned that some form of ritualised killing was going to take place here,” the Commissioner said.

He said some people were found to have been injured by other members of the church.

Fourteen children and 31 women were among the congregants.

The Family Court has been opened today to hear matters concerning the safety and custody of the children.

According to Anderson, on entering the building, the police noticed cult-like behaviour and set-up.

The Gleaner understands that there were sharpened daggers, naked men and animals inside the building.

PHOTOS: Inside the MoBay religious building

One woman and a man appeared to have been wounded by a knife.

One man was shot dead by cops, after he reportedly attacked them.

In the meantime, Anderson said three people have been hospitalised.

The commissioner said the police are following allegations that the pastor was grooming young boys.

Anderson also confirmed that a policewoman is among detained congregants and reported that other members of the security forces may also be members of the congregation.

- Janet Silvera contributed to this story