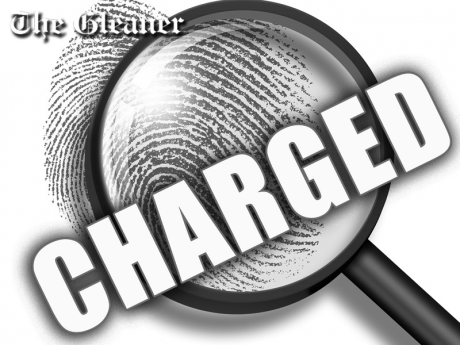 Bryan 'Not Nice' Jackson has also been charged with robbery with aggravation, wounding, and illegal possession of firearm and ammunition, Superintendent Sharon Beeput, the police commander for Hanover, told The Gleaner.

WESTERN BUREAU:
Bryan 'Not Nice' Jackson of Green Island, Hanover, was on Tuesday charged for a triple murder, and other offences, in relation to the 2020 deaths of three men in the parish.

The men's skeletal remains were retrieved from a 40-foot sinkhole in Phoenix Town district, also in Hanover, last May.

Jackson has also been charged with robbery with aggravation, wounding, and illegal possession of firearm and ammunition, Superintendent Sharon Beeput, the police commander for Hanover, told The Gleaner.

“While it took us some time to put the case together, this man will now have his day in court,” she said.

According to reports, on the night of April 22, 2020, the deceased men, Juvane 'Indian' Anderson, Chescott 'Chris' Douglas, Sean Russell, and another man went to Green Island, also in Hanover, where they made an arrangement to purchase a motorcycle.

On entering a section of the community, they came under heavy gunfire from men who were seemingly waiting in ambush.

Three of the men were never seen again.

The fourth had escaped.

“In May (last year), acting on information, we carried out a search in Phoenix Town, where we uncovered a cave from which a foul scent was coming,” said Beeput. “Because of the difficulty we had accessing the cave, we sought the help of the fire brigade. When they managed to get into the cave, they found the skeletal remains which were subsequently identified as the missing men.”

After question-and-answer sessions and further probes, including the use of circumstantial evidence, he was charged today.

Meanwhile, as the Hanover police continue their bid to clear up shooting and murder cases, another man, identified as Vasco 'Ritchie' Bowen of Brissett district in the parish charged with double-murder and three counts of wounding today.

The charges relate to an incident in Mt Pleasant, Kingsvale, on May 6, 2021.

According to police reports, on the night of the incident, gunmen invaded a section of the Kingvale community firing multiple shots.

When the shooting ended, it was discovered that 29-year-old Aaron Melbourne and 18-year-old Bagho Anthony Salmon, both of Gulf in Norwood, St James, were killed.

Regarding last week's double murder in the Logwood community, Beeput said one suspect has been taken into custody and is currently being questioned.

In that incident, 39-year-old bartender Kenton Roosevelt and 16-year-old Rodray Martinez were killed.