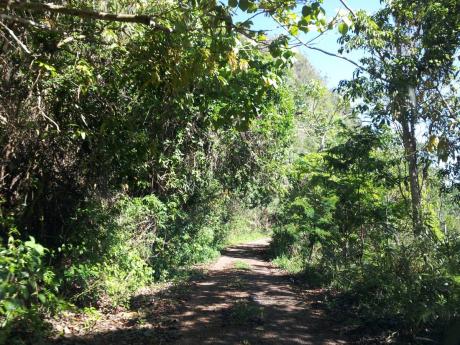 AS THOUGH the physical discomfort, extreme weather events and compromised food security were not enough, new research is indicating that small temperature increases associated with global warming could trigger significant loss in species biodiversity; and the Caribbean is not exempt.

Indeed, from the study – undertaken by 15 global experts, including the region’s own Dr Shobha Maharaj, and published in Biological Conservation – the Caribbean is among the most vulnerable, having regard to its current high level of endemism, that is, having plants and animals that are both native and restricted to the region.

“The proportion of endemic species at risk of extinction rose tenfold, from two per cent to 20 per cent and 32 per cent in terrestrial and marine ecosystems, respectively, with a doubling of warming from mild to very high, that is, from below 1.5 to above three degrees Celsius,” noted the researchers, who analysed more than 8,000 climate-risk projections for 273 areas of exceptional biodiversity, including terrestrial and marine environments globally.

“More than 60 per cent of tropical terrestrial endemic species were projected to be at risk of extinction due to climate change alone. Endemic species from islands and mountain regions had extremely high extinction risk (100 and 84 per cent of species, respectively), which was over six times more than in mainland regions (12 per cent),” they added.

According to Maharaj, it is important for the Caribbean to take notice and respond, particularly with the findings also showing that “at three degrees Celsius, introduced invasive species, which often outcompete endemic and other native species for resources, such as food and habitat, are generally expected to see neutral to positive impacts from such warming”.

This is given urgency, she said, by a number of factors, including that the islands are already observed to be highly vulnerable to and suffering from the impacts of invasive species, and the ongoing problem of deforestation and natural habitat degradation.

“These findings should be taken very seriously. If not, we could end up with not only a significant decrease in the number of endemic species, which would also impact global biodiversity levels, but homogenisation within many natural communities – even those within protected areas. This could eventually trickle down to impact human life on these islands,” Maharaj told The Gleaner.

“The reduction of large numbers of endemic species could negatively impact ecosystem function and potentially the ecosystem services we all depend upon (such as) the provisioning of water to human communities. Additionally, we may eventually see the disappearance of certain species we depend on for recreation and even livelihoods,” she added.