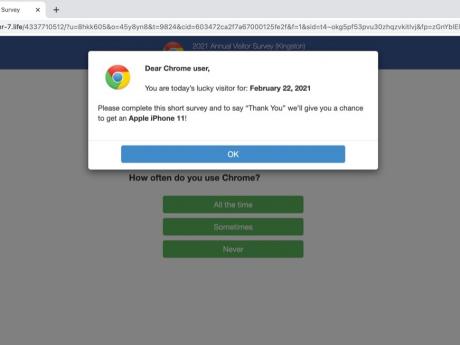 Several attempts to get on to the website were redirected to what appeared to be an unsafe website.

It appears that the website of the government’s Child Protection and Family Agency has been compromised.

Several attempts to get on to the website were redirected to what appeared to be an unsafe website.

The Gleaner has been able to ascertain that the web address, registered on December 5, 2003, is owned by the Government of Jamaica.

The Child Protection and Family Services Agency, operated under the Ministry of Education, Youth and Information, has management responsibilities for the Government’s eight children’s home.

The agency’s spokesperson told The Gleaner on Monday night that a social media manager had noticed the irregularity when trying to embed links to the website on a social media page.

The spokesperson disclosed that the issue has since been escalated to the information technology department which manages the operations of the website.

This latest development comes as there is controversy over the JAMCOVID application developed by the Amber Group.

On Monday, it was reported that  another alleged flaw had been uncovered and has since been fixed.

In 2016, then Minister of Science, Energy and Technology, Dr Andrew Wheatley requested that the websites of all Government ministries, departments and agencies undergo security audits in an effort to determine their level of exposure to cyber-attacks.

He noted that several government websites have seen an increase in the number of cyber-attacks including defacements and denial of service.

It is unclear what the audit revealed at that time.