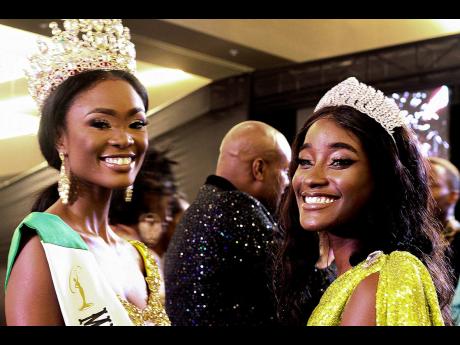 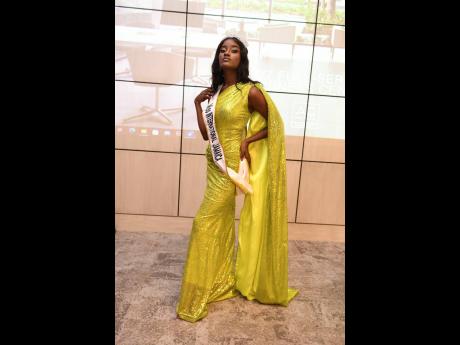 “I’m not crazy,” exclaims Israel Harrison, as if declaring from a deep place within that something she was made to believe has now been proven untrue. A few months ago, the model and pageant queen was diagnosed as autistic, a conclusion she already had an instinct about.

“I’m actually autistic. It was diagnosed by three different doctors here in my adult stage of life, but I was very much aware of the traits I had and done my research, so it did not come as a surprise. At first I grieved, but accepted it as confirmation that I was only made differently and that I was very much sane,” Harrison tells Living following the crowning of autism advocate Toshami Calvin as Miss Universe Jamaica 2022

She adds, “For a long time, I wanted to see a medical professional but was unable to. Thankfully, my advisors in the pageant community assisted with letting this happen.”

Harrison walked away with the Miss International Jamaica 2022 crown when she participated in the AndWar Pageant in April. She will represent Jamaica in the 60th annual staging of Miss International, which will be held in Japan in December. It is a historical occasion as not only is the island returning to one of five biggest global pageants, she is the first autistic delegate and is projected to do well in each round.

“My ambition to be the first autistic delegate to represent Jamaica has never faded my mind or my heart. I stand up for ‘nothing about us without us’ and what does it mean? We need more autistic leaders to help in our community and develop a more inclusive place,” Harrison offers.

Beauty pageants have for long been criticised as lacking inclusivity, and often labelled as sexist and vapid as contestants are judged on their physical appearances, which Harrison admits, “I was one of the cynics.”

She explains, “I used to think it was all about looks and, at some point, I thought it sexist, [but] the more I learnt about finding a purpose and a cause, I saw what organisers were looking for.”

Harrison further explains that she does not use ‘functioning labels’ because she believes it is harmful to the individuals who are diagnosed as autistic and can also affect their mental health tremendously.

“I don’t and refuse to say I am high-functioning as persons have stated. The reality is, like any person on the spectrum or diagnosed with one or more of these disorders, I have a wide range of abilities and unusual needs. Right now, I can’t tune anything out, I still struggle mentally and with hypersensitivity even to the lights on the stage, but I have found a way to control it. I also have attention deficit hyperactivity disorder (or ADHD). Somehow, I’ve grown out some things, but, even as someone participating in a pageant and [who] is also a performer, I still have to go home and lay in the dark to find my sense of self,” she shares.

She uses music as therapy and was actually a member of the Silver Birds Steel Band Orchestra between 2017 and 2018, where she played the triple cello steel pan. Harrison boasts that she can learn an instrument and a song within a few hours, “and I was always called to do so … . I learnt my first song, Bob Marley’s One Love, in a matter of minutes.” She is also skilled in Hispanic steps such as the samba, bachata and salsa dances. While performing for work at RUI Hotel, she was approached by a director of a pageant organisation but refused the offer to become a participant because of her beliefs at that time. “Music was my escape and I wasn’t going to run leave that. Instead, I got fired later that same year. I was immature,” she says followed by a laugh.

Born and raised in Luidas Vale, St Catherine to father Sheldon Samuels and mother Darion Harrison, the 25-year-old was always running around estate lands until she relocated to Kingston.

“My father used to own a restaurant in the community and I used to stay over the sugar plantation and it was a great experience because it was just very big land, very huge acres of land, and run around. I have my grandmother’s surname. It was a very good life and I remember being very happy and that my parents would spoil me as a child. However, my father and mother separated,” she recalls.

Outside of being an ambassador for the autistic community, a bigpart of Harrison’s platform is mental health. She wants to establish her own band, which she plans to name ‘The Soul Star Orchestra’, geared towards helping children and adults who have similar challenges.

“I found out late but it’s better late than never. I keep hearing people speak on autism, having not grown up knowing but understanding still that it’s wrong information. We are very much capable and we need to speak to those within the community who can share their own experiences more. The ‘soul star’ is the eighth chakra that supports balance, health and wellness. It’s central to our purpose and life mission, making our spiritual connections greater,” she says beaming.

“I’m not doing this just for autistic talents but all neurotypical individuals. Music can do so much. I wouldn’t enter a pageant if I didn’t think I had a purpose. Beauty, for me, it is what is in your heart, how you treat a person. Your wisdom, your kindness and beauty will open doors for you. I am extremely grateful to the AndWar International Pageant organisers, persons like Jermaine Dyer who trained me before, all the pageant queens, also big shout out to Miss Universe Jamaica 2022 Toshami Calvin who is advocating for autism, for their support and guidance. I don’t even have a sponsor at the moment, still trying to figure it out but I want to use this opportunity to do as many things possible to serve my community as best as I can,” Harrison asserts.