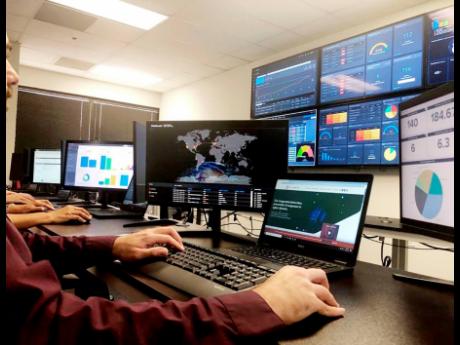 Contributed
Simply Secure provides coverage and online protection services for over 20 countries, including the Caribbean, USA, Canada and the United Kingdom. 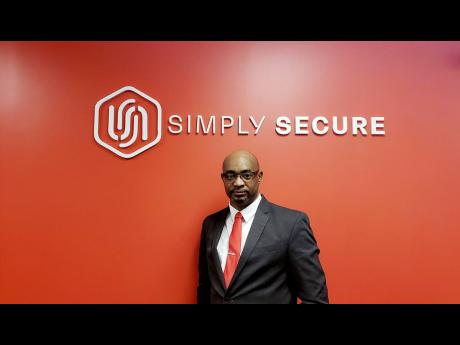 Contributed
Gordon worked in telecommunication locally, spending 14 years and Cable and Wireless Jamaica and another 14 years at Digicel Jamaica, before branching off into his own operations overseas. 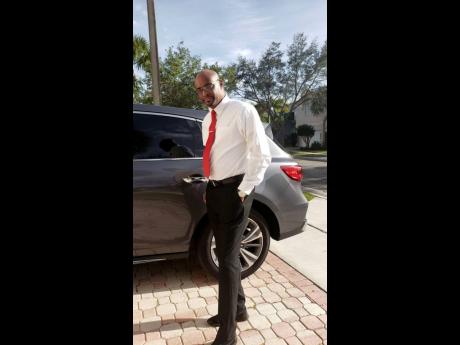 Contributed
With a degree and years of work experience under his belt, it was the education at Dunoon Technical High School that stood as the defining moment for Gordon. 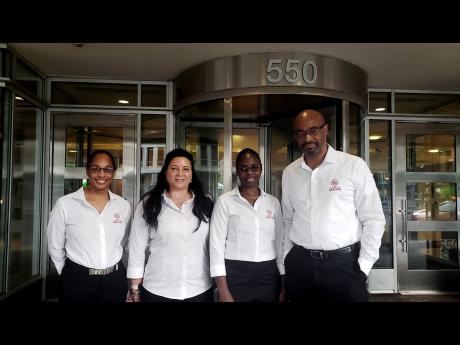 After spending almost three decades in telecommunications, veteran businessman Kevin Gordon made a switch to cybersecurity, taking his vision and life’s savings across borders to battle online attacks in the Caribbean.

“I saw an increase in cyberattacks during my tenure. Equipment was purchased to harden defences from the outside in, but nothing was done to protect from the inside out, which left workstations, laptops, servers and mobile devices defenceless. Also, I found no one suitable within the Caribbean at the time who was able to respond effectively. Something had to be done about it,” the chief executive officer for a cyber security company, Simply Secure, explained to The Sunday Gleaner.

With passion and innovation at the helm, the Caribbean-owned company is on a mission to secure every business against all attacks. So far, the company has supplied a shielding radius for over 20 countries, including the Caribbean, the United States, Canada and the United Kingdom.

But success, they say, is a journey, not a destination. And Gordon can certainly relate, having led a life that is fascinating, harrowing, and truly inspiring.

Born in Kingston and raised in Allman Town, his father left when he was three years old and he has never seen him since. In true maternal fashion, his mother stepped up to the parental plate, championing her role as a single mother.

By the time Gordon was six, his mother was remarried to a man whom he calls his father to this very day. “We weren’t rich, but we were comfortable,” he shared.

But, approaching adolescence, the teen put his rebellious side on full display. He passed the Common Entrance Examinations for Ardenne High School but became consumed by the peer pressure around him, “I got involved with bad company, skipped school, I would climb under the gate and go down to the game shops. I eventually got kicked out of high school in third form.”

The student switched to Dunrobin High School, where, according to him, he followed the same path in making a mess of things. Two years later, his father was able to get him an opportunity to attend Dunoon Park Technical High School, now called Dunoon Technical High School. It was there that his life took a transformative turn, changing the wayward trajectory to that of ambition, aspiration and determination.

“I had found the Lord Jesus Christ at the time and started settling down,” he confessed. Receiving six subjects at the Caribbean Examinations Council (CXC) level upon his departure, he graduated with honours and was subsequently drafted to Cable and Wireless Jamaica Limited.

The young professional was able to successfully finish the programme, and the company was so impressed with his work that he was sent to pursue his degree at the University of Technology, formerly called the College of Arts Science and Technology (CAST) in his day, via a full scholarship. By God’s grace, he continued to excel and dedicated 14 years to telecommunications.

In 2003, life dealt him an earth-shattering blow. In his final year of pursuing his degree in Computing and Information Technology, he had a car accident, which resulted in a broken leg (three places) as well as a crushed lung. “I spent three months in hospital and nine months on crutches. I studied in the hospital and at home for finals, climbing three flights of stairs on crutches to complete exams, where I went on to graduate with honours,” he revealed.

The telecommunications game-changer was drafted three years later by Digicel as the wireless engineer. From there, he was promoted to information and communications technology project manager in 2013, went to the British Virgin Islands to assist the team, and moved up to head of business operations in 2015. The CEO at the time asked him to stay, and so he did, becoming the general manager, then chief executive officer, within a record-breaking time of 18 months in 2017. “I was the first Caribbean national promoted to CEO for that market,” he proudly added.

After weathering Hurricane Irma that year, losing his house, and sleeping in the car with his wife and children for days, he moved his family out of that country and shifted his energy to recovery efforts for his company.

However, with 14 years under his career belt once again, Gordon took a chance on himself and started his own business in 2019, to tackle the misconceptions and complexities around cybersecurity.

The organisation, based in Florida of the United States, has managed to successfully pivot operations, particularly during the height of the pandemic, moving systems and security tools to the cloud and creating secure access for staff to work remotely, all the while establishing a centralised cloud infrastructure to manage calls, emails, and responses to customers. “Keeping our business open during COVID-19 has been the biggest challenge to date. But we’ve seen significant growth in our operations. And the changes allowed us to keep prices reasonably low while maintaining resilience,” he highlighted.

Committed to hiring his own people, 10 employees of his 20-member team are located in Jamaica. The entrepreneur is even involved in outreach initiatives, providing support to the Pregnancy Resource Centre of Jamaica (PRCJ), with Executive Director Christina Milford, in maintaining and securing their computers and systems, as well as cash donations when required. Motivated by God and his family, Gordon is inspired to leave a legacy of exemplary achievement, “I want others, not just my family, to understand that, ‘if I can do it, so can you!’ ”

As it related to how education shaped his way of thinking, the businessman had this to say, “I would never consider myself an academic. I loved plugging and breaking stuff. Growing up, my parents would bring home a lot of electronics and I wanted to figure out how to fix them. It was this learning experience that was later fostered at Dunoon Technical. It ignited a spark. I found that there was a place for somebody like me to explore and hone technical skill sets a bit further. I thrived in subject areas like technical drawing and electrical technology. So, Dunoon brought out the Kevin that you see today.”