A decade of love

Mr and Mrs Smith seal the deal in holy matrimony 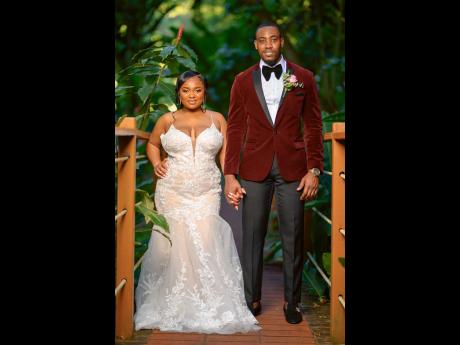 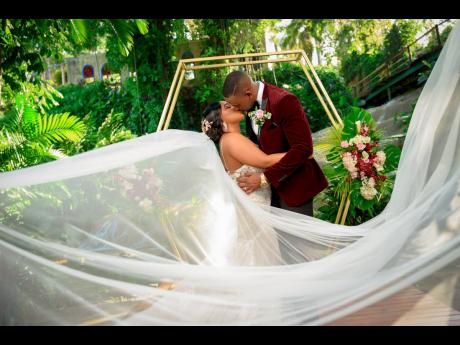 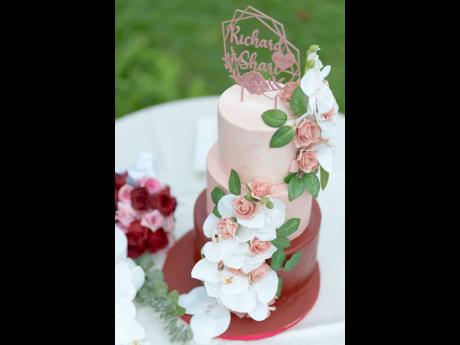 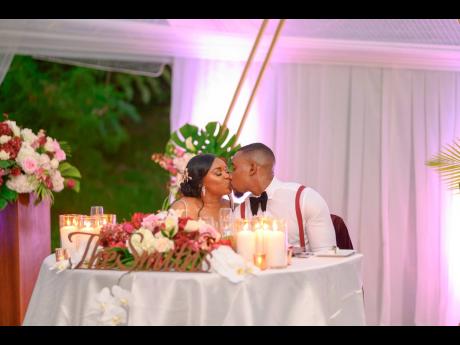 Creative House Photography
The newly-weds share a kiss, acceding to the tapping of glasses. 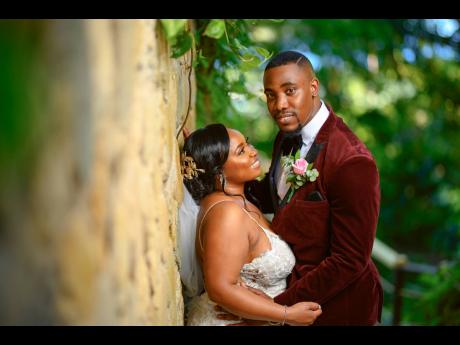 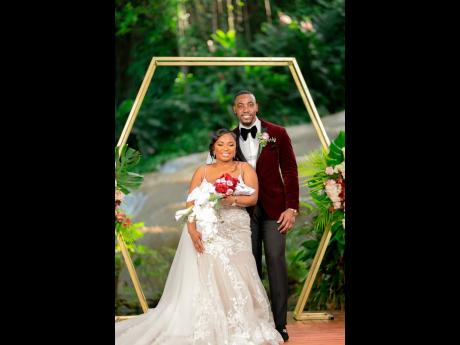 Creative House Photography
Richard and Shari-Lee courted for a decade and said ‘I do’ in a picturesque ceremony at Konoko Falls in Ocho Rios, St Ann. 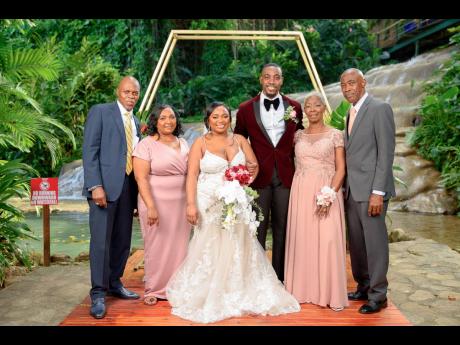 Creative House Photography
The bride and groom were happy to celebrate their matrimonial union in the presence of their parents. From left: Parents of the bride, Lincoln Johnson and Carol Wilson, the newly-weds; and parents of the groom, Paula and Everton Smith Sr. 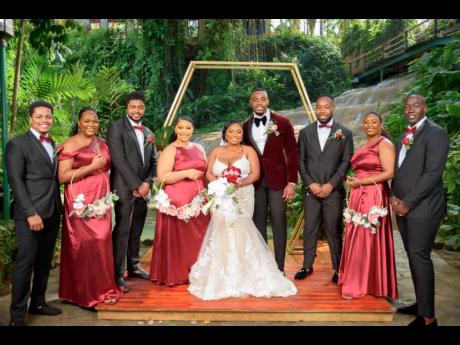 “Someone once told me that you will know when you are ready for marriage, but I had no idea I would have heard a voice speak to me while driving to work one cold winter morning.” This was all the sign Richard Smith needed to seal his love for Shari-Lee Johnson in holy matrimony. Almost a decade after their first date, Richard ‘charmed’ his way through the proposal, Pandora-style, gifting her an ornament which read, ‘I couldn’t say I do without you’, before going on one knee, ring in hand, and asking his beloved Shari-Lee to marry him.

The lovebirds met a decade ago while enrolled at the University of Technology (UTech). Both majoring in pharmacology, their paths crossed on occasion, but a social gathering during the Christmas break of 2011 and an introduction through a mutual friend sparked the desire to get to know each other. “I thought he was extremely handsome, charismatic, had a great sense of humour and a smile that would light up the room,” Shari-Lee confessed to Island Wedding.

In their encounters on and off-campus, Richard was amazed by how balanced this intriguing woman was in managing academia, and assuming responsibilities as president of the Pharmacy Students Association, while maintaining a social life. For their first date, the duo went to Devon House where, according to Shari-Lee, they launched into the deepest, most insightful conversation. “It was simple yet perfect,” she reflected.

Two months later, after discovering that they shared common interests and complemented each other well enough to establish a fruitful bond, the two set out on a love adventure together in 2012.

Since then, he has found his sweetheart to be goal-oriented, conscientious, sassy, fashionable and adventurous. He says Shari has helped him realise his true potential in life and continues to motivate him to fulfil his objectives: “She is a very organised person who I can count on to keep me focused and on track.”

Explaining that her darling is not only ambitious, but supportive through the highs and lows, loving, hilarious by nature and truly captivating, she appreciates how imperative it has been for him to secure the future, both individually and as a couple.

“Richard has shown me the importance of legacy building and putting safeguards in place for our future children. He has driven me to exceed the expectations I have for myself and keep smashing my goals and setting new ones. He ensures that we are growing spiritually, as a couple, and individually,” she said.

Shari-Lee confessed to knowing Richard was the one after that initial dialogue in the stands of the UTech auditorium. What sealed the deal for the couple was when they stepped out of their comfort zone in 2019 and migrated to Canada.

“We worked through very challenging periods together and had rollercoaster moments to get to where we are now,” Richard admitted. His other half agreed, noting, “We supported each other throughout the transition and our relationship became stronger.”

The plan was to celebrate her birthday at Niagara Falls and give her an early gift by asking for her hand in marriage on a stroll through an illuminating Christmas-lit park. But things didn’t go according to plan.

“When we got there, it was not the busy festive Niagara Falls streets that I was familiar with, so I had to improvise quickly. I found a group of people by a sign looking over the bridge, where would have been a picturesque background, but Shari was in no mood to walk around for too long because of how chilly the night was. After multiple attempts to get her to the sign, I gave up and decided that I would have to postpone the proposal.”

He made a second attempt the following day, on her actual birthday, which worked out to be the best present she received. “We made plans to go to a wine-tasting restaurant in Niagara on the Lake, which worked out in my favour. I had bought a Pandora charm a couple of days before with the carving ‘I couldn’t say I do without you’, which I slipped in her glass of wine while she was in the restroom. When she came back, she started sipping her wine and stumbled upon the charm, removed it, read it, then I went on one knee and told her why I needed her to be mine forever,” he recounted with joy.

It was perfect, Shari-Lee recalled, adding that she was happy to say yes to the love of her life.

The engaged couple sought the expertise of wedding planners from Execute Haus to arrange their homecoming nuptials. They also received assistance from their parents, other family members and close friends, who pitched in to make the process smoother.

On March 24, their 10th dating anniversary, Richard and Shari-Lee said ‘I do’ during an intimate wedding ceremony, held at Konoko Falls in Ocho Rios, St Ann. The grand occasion superseded their expectations. To the serene sound of cascading water, the bride walked up the aisle in an exquisite champagne-and-white, form-fitting gown, slaying a plunging neckline and floral embroidery. Seeing her husband tear up the moment he saw her is a memory she will treasure forever.

Staring intensely into his wife’s eyes, the gentle evening breeze did its best to soothe the nerves of the suave groom as he recited his handwritten vows from the most adorable wooden book she gave him. His fingers trembled like the shrubs by the falls, and the wedding, Richard said, was the best day of his life.

By reception time, the newly-weds shared a romantic first dance as husband and wife to I Get to Love You by American electropop singer-songwriter Ruelle. “It was the most surreal feeling, like we were the only ones there,” Shar-Lee reminisced.