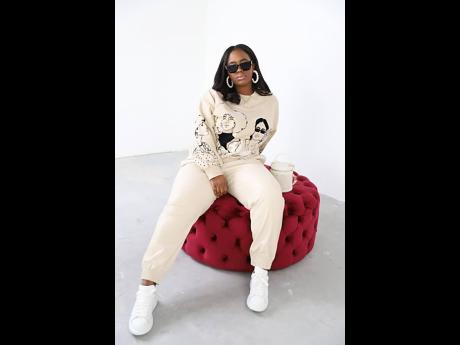 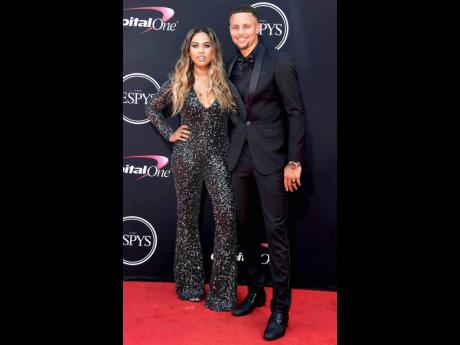 Contributed
Ayesha and Stephen Curry styled by Sheraine Robinson for the ESPY Awards.
1
2

Stylist Sheraine Robinson is known for curating stunning red-carpet looks for Ayesha and Stephen Curry, but while being passionate about fashion, she is also zealous about promoting optimum mental health for all.

Actress Glenn Close once said, “What mental health needs is more sunlight, more candour, and more unashamed conversation,” and Robinson, who is also known as ‘Raiiney’ to friends, shares this sentiment and uses her platforms to have open discussions about mental health and the need to take care of yourself to flourish.

Born to Jamaican parents (her mom is from Kingston and dad is from St Thomas) and raised in Toronto, Canada, Robinson says with a laugh, “I always say I am the most Jamaican non-Jamaican person you will ever meet because I love Jamaica, I love the culture, I love the heritage. I love that my family is Jamaican. I wish I was born there.” She then drops a bomb, “but I don’t like Jamaican food”.

The mom of one-year-old daughter Blake admits that “growing up in a Jamaican household it was always a ‘we’re the parent you’re the child kind of thing’,” and as an individual who is very in touch with her emotions and feelings, she never expressed herself much as a child. Now, however, she is all in about communicating her feelings and expressing exactly who she is. While not claiming to be a medical practitioner, she prides herself on her story and struggles, and says she enjoys helping people. “There is a stigma around mental health that people do not speak about often.”

Holding her advocacy near to her heart, Robinson’s primary tip for thriving mental health is “protecting your peace”. She elaborates, “If you feel like something is disrupting your peace, then you have all right to take a step back and regroup and do what you need to do to make sure that you are not being triggered.” A trigger refers to something that affects your emotional state, often significantly, by causing extreme overwhelm or distress according to healthline.com.

“Another thing I had to learn was what my triggers were, certain people, certain environments, things that would bring me to a negative place. I had to literally learn how to decipher those things and just remove myself, and not necessarily permanently, but just temporarily so you can get it together,” she says. “Don’t be afraid to stand up for yourself. Protect your peace and your energy.”

As a stylist, Robinson reveals she didn’t know there was a career in fashion until she was thrown into it. She was working a 9-5 that had nothing to do with fashion and would spend most of her day putting outfits together at her desk. People took notice and would ask her to style outfits for them, and that’s when her eyes were opened that there was money to be made in styling.

Her best friend Ayesha Curry had moved away from Canada to North Carolina and met her husband Stephen. “I would visit them, and she would be like ‘can you put some outfits together for us’, and that was the start of my celebrity styling career.” A few months later, in 2016, she quit her job and has been styling ever since.

Along with styling the Currys, Robinson has styled for productions, TV commercials, music videos and counts Subway, CarMax and others as clients.

How does she find balance? “I’m still trying to figure it out,” she says with a smile. She had her daughter in the thick of the pandemic and had to limit visitors due to being cautious, and at that point, work was on the back burner. Now that she’s back to work, she admits she misses Blake when she is away from her. “I didn’t understand what mom guilt was before having a child.” However, when she gets those feelings, she taps into her resources online and asks questions of other mothers as to how they cope. She is also quick to add that she has a great support system of family and friends who help her whenever she needs them.

Where fashion is concerned, Robinson, who heads BYSLR, her styling company, sees a resurgence of things that were out coming back again. Leather, blazers, and beaded jewellery. “That’s what I love about fashion; it’s always re-emerging.”

She can’t wait to make it back to Jamaica as her last trip was back in 2019, and as she looks at Blake beside her says, “at her age, I would have made it to Jamaica twice already”.